The Islamabad High Court (IHC) on Friday adjourned hearing on post arrest bail petition of Zahir Jafar’s parents till September 21, in Noor Mukadam murder case. The lawyer of accused Zakir Jaffar and Asmat Jaffar concluded arguments on the bail petition after this, the bench instructed the counsel of plaintiff to argue on next hearing. Justice Aamer Farooq heard the bail case of the two accused. A lower court had already dismissed the bail petitions. At the outset of hearing, petitioners’ lawyer Khawaja Haris argued that the murder case was not much complex. The accused Zahir Jaffar in his initial statement had stated that he informed his family after committing the crime. However, later the accused stated that he informed his parents before murder, the lawyer said, adding that it would be decided during the trial that which statement is correct. After conclusion of the arguments, the court summoned instructed plaintiff counsel to give arguments on next hearing. 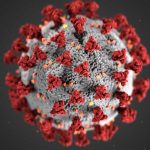 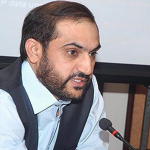