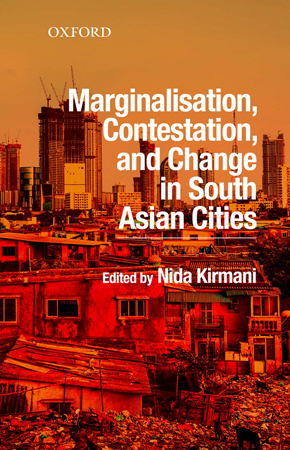 The expansion of neoliberal forms of accumulation and the growing flows of goods, ideas, and human beings between and within global networks is having profound effects on the urban experience in South Asia, creating new possibilities as well as challenges, particularly for marginalised citizens. While powerholders struggle to create ‘world-class’ and ‘smart’ cities to attract capital, the vast majority of urban inhabitants are forced to cope with multiple forms of insecurity. For many urban citizens, the city is both a site of promise as well as precarity. As such, there is an urgent need for scholars to reflect on the social, political, economic, and ecological impacts of these changes on South Asian cities and their citizens. This book approaches the city as a site of multiple contestations and contradictions and aims to highlight struggles over space, resources, identities, and meaning taking place within South Asian cities. It explores the ways in which the adoption of neoliberal models of development has impacted South Asian cities and their citizens, focussing on both Indian and Pakistani cities, highlighting similarities and differences in urban change on both sides of the border. 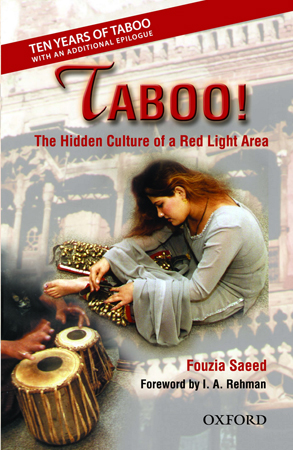 The Hidden Culture of a Red Light Area

The Shahi Mohalla or Royal Locality is the most infamous flesh market of Pakistan that has existed through the centuries. In the process, it has left an indelible impression on not only the social consciousness of Pakistan, but also on many arts like dancing and singing. This is a scholarly, yet sympathetic, analysis of an area no one admits to have visited and which nevertheless flourishes under the eyes of the guardians of law and public morality. The Islamic injunction against extramarital sex adds to the complexities that prostitution has brought to Pakistani society. 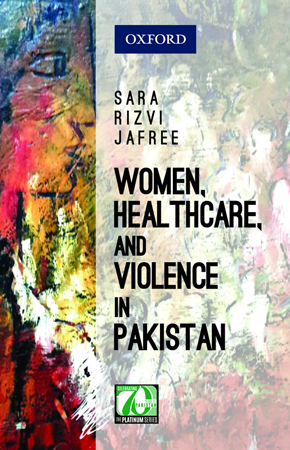 Seeking to explore the plight of female healthcare practitioners in the country, Sara Rizvi Jafree’s Women, Healthcare, and Violence in Pakistan is an examination of the South Asian cultural approach towards the traditional and historical working woman, particularly the healthcare professional. The book describes the laws that protect or harm such women in the workplace, and the real perils of physical and verbal harassment that they face during their service. Imbued with deep insights into the role of women in Islam, their socialization and the threats to healthcare professionals like nurses, doctors, and lady health workers, this book presents anecdotes based on ethnographic research and factual knowledge which makes it an impressive resource for understanding this social issue. Exploring the perpetration of brutality through victims’ testimonies, the author successfully paints a panorama on the theme of workplace cruelty, an important factor in the current discourse in Pakistan on this issue. 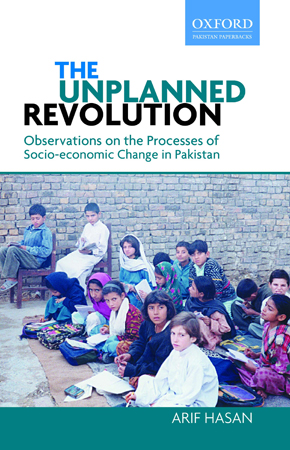 Observations on the Processes of
Socio-economic Change in Pakistan

This book identifies past socio-economic conditions in the different ecological regions of Pakistan as viewed by the communities the author has worked or interacted with, present conditions, and emerging trends. It also identifies the actors of change and their relationships with each other and with the larger physical and political context. The volume is divided into six sections, the Mountains, Indus Plains and Western Highlands, the Desert, the River, the Coast and the City. The social, economic, physical and governance-related changes that have taken place in each are described through extracts from reports, field notes for different development-related work, articles prepared by the author and extracts from his personal diaries. The section on the city deals with the informal sector in the provision of land and services and the impact of globalization on culture and development. It also contains geographies of resistance by communities to ‘insensitive’ development projects. 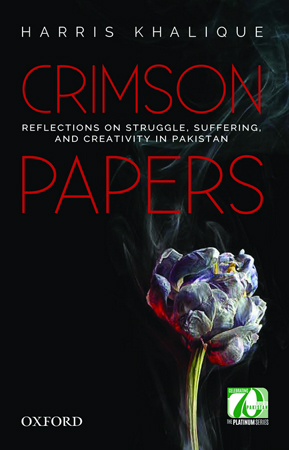 Harris Khalique’s erudition and breadth of vision, indeed, are breathtaking. Such a book-so readable and yet so learned-was long overdue as an antidote to the textbooks we teach and the sound bites which pass for wisdom in our media. Crimson Papers should be compulsory reading for all Pakistanis and those interested in Pakistan. It is a landmark in our intellectual life as a nation. – Dr Tariq Rahman. Distinguished National Professor Emeritus, Language Historian, and Author In Crimson Papers, Harris Khalique maps Pakistan’s changing cultural, political, and religious landscapes with the eye of a poet and the wisdom of a seer. His is a voice of sanity in the conflict with absolutism-a vital corrective to the rants of those who cannot tolerate different points of view. And his sympathetic intelligence makes him a companionable guide to one of the most complicated countries in the world. – Christopher Merrill Poet and Essayist, Author of The Tree of the Doves: Ceremony, Expedition, War The personal, we have been told, is the political. This collection of evocatively written essays-culled from a rich lode of history, literature, memory and politics-shows us exactly how, and why. – Dr Rakhshanda Jalil Writer, Critic, and Literary Historian