Denmark returns to pre-pandemic life with a huge pop concert

* Social distancing was not required, nor masks, nor certificates proving vaccination 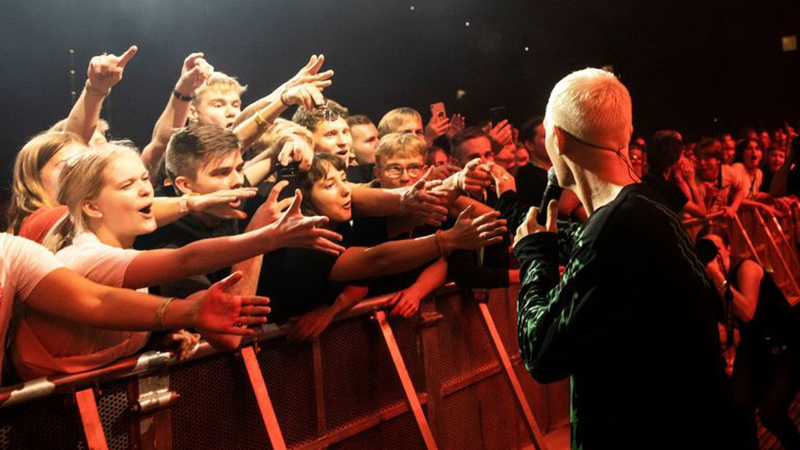 While many in Europe fretted over the Delta variant, university student and care worker Sofie Mari Jensen joined tens of thousands of people at Copenhagen’s Parken Stadium to watch the pop-rock band The Minds of 99.

The event on September 11, a day after Denmark dropped all coronavirus restrictions, was Europe’s first concert hosting more than 50,000 people since the pandemic began. Social distancing was not required, nor masks, nor certificates proving vaccination.

“It was packed with people and it was euphoric,” Jensen told Al Jazeera.

COVID is no longer considered a “socially critical disease” in Denmark and now, the small European country – home to about six million people – will live with the virus as if it were the flu.

“It was incredibly awesome, I mean, I barely had time to watch the scene, I was too busy having a massive party with my friends, singing along to all the songs,” Jensen said. “It was so much more than just a concert, it was a big fat line under the fact, that corona is gone,” she continued, adding with a laugh, “at least for a while.”

The streets of Copenhagen are buzzing as people release their pent-up desires for being outside, in different ways.

In one café, three elderly ladies poke fun at the hipsters working as they ask for a seat next to their sticker clad laptops.

In a bar late at night, the atmosphere is jovial. Three men realise they all share the same name and cheer.

“It gives us some freedom – being able to go out and be social with your friends without a deadline where the fun ends. It’s just the feeling of freedom and opportunity,” Jensen said.

Denmark’s newfound sense of liberty was founded on its successful vaccination campaign. “Ninety-six percent of people over 50 are fully vaccinated,” said Lone Simonsen, professor of epidemiology and head of the PandemiX centre at Roskilde University. “That means we’ve protected those at highest risk of hospitalisation or death, and because of that we can afford having the pandemic running its course, so to speak.”

Danes tend to trust health authorities and have been willing to get jabbed, even those who were slightly hesitant of vaccines. “Those who were initially sceptical have seen the data, heard the experts and politicians and accepted. Only five percent of the population are adamantly against the vaccine, while the rest trusts that it’s the best solution, really the only solution, that we have,” Simonsen said. When Denmark stopped using AstraZeneca entirely after reports of rare but deadly side effects linked to the vaccine, “that helped people feel confident about the safety of the vaccines in the national programmes”, she said.

As of September 15, Danish health authorities had recorded 353,451 cases and 2,617 coronavirus deaths.

While vaccines are effective in protecting people against severe disease that may require hospitalisation, and death, they cannot stop the infection.

The more contagious Delta variant, for instance, has broken through the vaccines in several countries.

People might still get sick, Simonsen said, but in most cases, illness will be milder with fewer hospitalisations and deaths. But as many are step back into their pre-pandemic routines, some have reservations.

“I don’t think Zoom classes are a long-term solution, but I wish people would think more about the way disease spreads. I am cautious with the people I sit with, in my study group we get tested regularly because we all have people in our ‘bubble’ we shouldn’t infect,” said Nadja Nielsen, a university student.

Her father-in-law has cancer and has been hospitalised in intensive care multiple times, and her mother and brother are also at risk. Nielsen is worried that she could yet infect them, despite being vaccinated.

“There are plenty of people at my university who cough and sniffle, showing small symptoms. We’re having a wave of influenza right now and already a lot of people have been hit. There’s no control if you’re sick, we saw that with Danes coming home from international holidays knowingly being infected,” she said.

Should another coronavirus wave gather pace, Denmark is ready to return to restrictions, Simonsen said, especially if so-called “escape mutations” drive a resurgence. But for now, Danes can go to bars, football games and concerts.

Looking back at the photos she took at the concert, which drew 52,000 people, Jensen found an image of the dirty floor after the party, cups and other remnants of the celebrations littered across liberally.

“It was kind of funny the day after, drunken me thought it was a good picture. There was trash everywhere, it looked so crazy, but I think I realised just how many people we were. It just became so real when you see the stuff we left behind,” she said.