* When we left these characters last season, they were in the midst of a #MeToo storm with their jobs at stake as they moved forward with their crusade for truth 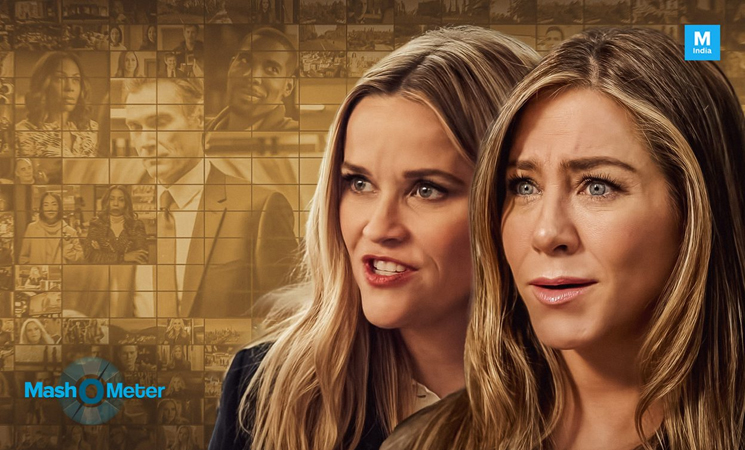 “Another streaming service? They should be illegal,” when one of the characters in The Morning Show’s new season says this dialogue, you chuckle a bit thinking about the irony of it.

The big bosses at Apple TV+ have decided to bring back the all-star show, headlined by Jennifer Aniston and Reese Witherspoon, back to its streaming service in face of umpteen challengers on umpteen streaming services. Is it because The Morning Show is life-changing television? Not really, but it is the kind that makes you stick around.

When we left these characters last season, they were in the midst of a #MeToo storm with their jobs at stake as they moved forward with their crusade for truth. This time around, Alex is caught in the midst of a professional crisis and Bradley is struggling to get past her emotional turmoil. But the one who is still trying to hold the fort, even while its roots rot is Cory as he tried to get his doomed streaming service off the ground.

In my opinion, one of the biggest drawbacks of the first season of The Morning Show was its pace. The show took forever to take off but once it did, it made for some emotionally engaging television and this time again, the show takes a while to get into the right groove. It takes The Morning Show three episodes to get to the point that is evident from the beginning itself. It is in those places that you want to yell, “I get it, move on!” as it drags from one scene to another. But once it hits its stride, there is no stopping it.

Witherspoon’s Bradley gets the meatier side of the pie this time as she has risen out of her righteous social justice warrior persona. Her evolution into a confident newscaster who can match steps with veterans and knows that she doesn’t need to undervalue herself gives her the right kind of aspirational feel. Aniston’s Alex is riddled with one crisis after another and it eventually starts feeling like we are watching Aniston performing the same scene over and over again. Julianna Margulies’ Laura is the surprise package this year. She is like the grown-up in a room full of kids who lends some gravitas to the show. Billy Crudup’s Cory shines when he is trying to mask his vulnerability. Steve Carell’s Mitch returns this year but his storyline might raise some eyebrows, especially given the way he was demonised in the first season.

The Morning Show tries to talk about relevant current issues – homophobia, systemic racism, sexual harassment, ageism; but in trying to do everything at once it doesn’t really succeed in having a nuanced conversation so, in many places, the issues come across as window dressing.

This season of the show is set just before the world shut down so we do get to see how the characters in the world are reacting to the early days of the pandemic and honestly, it will just make you uncomfortable and that’s not really on the makers. The world has been through hell and back, and hell again with the ongoing pandemic and it has given us a chance to reassess our lives, and prioritise what really matters but the characters of The Morning Show aren’t there.

It makes you wonder that why would a show that models itself on current events choose to set itself in the pre-pandemic era? Because sure enough, by the time their third season rolls around, the initial shock of Covid-19 would be in the past and the ‘new normal’ would be widely accepted, as it already is. The Morning Show isn’t must-watch television but its emotional heft is enough to pull you in week after week.