Sindh passes resolution against setting up of PMDA 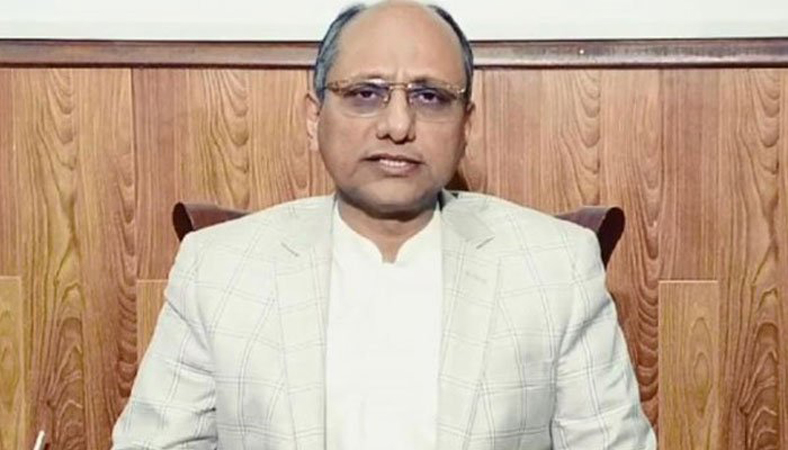 The Sindh Assembly on Friday passed through majority vote a resolution against the move to establish the Pakistan Media Development Authority (PMDA) and the recent closure of the National Assembly’s press gallery in Islamabad.

The resolution in question was moved in the house by Sindh Information and Labour Minister, Saeed Ghani. Speaking on the occasion, he said that the present federal government since the time of its inception had been attempting to impose curbs on the institutions, which enjoyed the constitutional backing to work in an independent manner.

He said that conspiracies were continuously being hatched to harm the prestigious national-level institutions including the judiciary, Election Commission of Pakistan (ECP), media and parliament. He said that independent-minded judges of the apex judiciary were also being targeted in the same manner.

“There is a long list of the journalists, who are either being kidnapped, tortured, or fired from service on account of their criticism against the government, their acts to uncover the conspiracies against the democracy, or else they freely expressed their opinion under the concept of freedom of speech,” Ghani added.

The information minister said that there were a number of journalists who had been rendered jobless as their employers were threatened to fire such outspoken media persons or else faced the possibility of closure of their media organizations. He said that several renowned TV anchorpersons didn’t appear on the television screens anymore also on this account.

Ghani said the present government had also made attempts to unduly convene the joint sitting of the parliament to get passed such controversial laws. He recalled that never in the past the press gallery of the National Assembly had been closed as it also never had happened during the past dictatorial regimes. He said that in the latest incident, the press gallery had been closed on the day when president of Pakistan had to address the joint session of the parliament.

“Unfortunately, the Speaker claimed that closure of the press gallery had taken place at the behest of the journalists who cover the proceedings of the National Assembly. The concerned media persons in Islamabad rejected the claim of the Speaker as he, later on, also failed to point out the journalists on whose behest the closure was ordered,” he said. Ghani added that the actual aim of setting up the PMDA was to establish a “media destruction” authority.

He said the move to establish the PMDA was also against the spirit of the 18th Constitutional Amendment. The Sindh information minister said that the print media industry was part of the provincial domain after the 18th Amendment. He said the federal government lacked the constitutional power to establish a single regulatory and control authority to manage electronic media, social, and print media at the same time.

“If this was a righteous move then it should have attracted support from at least one of the representative organizations of the media persons but the fact is that all such representative bodies of the journalists have been doing protest against the proposal,” he said.

Ghani said that almost all the political parties, including those that were the coalition partners with the PTI in the federal government, had been doing protest against the proposal to establish the PMDA and also taking part in the protest drive of different representative bodies of the media persons.

He said that a conspiracy had been set into motion to rig the upcoming elections in the country in 2023, and till that day no one including the judiciary and media would be able to raise its voice against such malicious attempts against the democratic set-up in the country. The Sindh information minister said that in the same manner a new front had been launched against the ECP to stifle its voice too.

He said the political parties of Pakistan were the major stakeholders in the democratic dispensation in the country as the activists of the Pakistan Peoples’ Party and of the other political parties had rendered sacrifices, fought against the military dictators, as they were also lashed, imprisoned, and sent to the gallows.