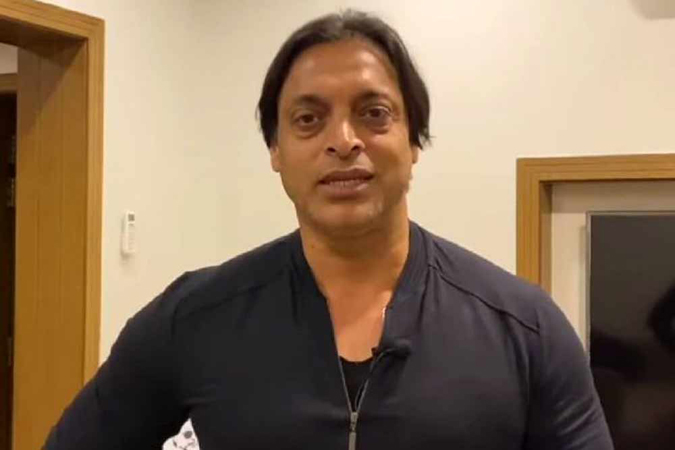 ISLAMABAD: Former Pakistan fast bowler Shoaib Akhtar lashed out at the New Zealand Cricket authorities for cancelling the series unilaterally, saying that Pakistan has been left embarrassed in front of the world. “We stand firm with our government, the Pakistan Cricket Board (PCB), our army and security agencies,” said the Rawalpindi Express on Friday. “I agree that the ISI is the number one intelligence agency in the world,” he said. “You (New Zealand authorities) arrived here after obtaining a security clearance. You have no right to embarrass Pakistan like that and leave,” he added, angrily. Akhtar lashed out at New Zealand, saying that Prime Minister Jacinda Ardern should have shown some regard for PM Imran Khan when he spoke to her. “He (PM Imran Khan) is speaking to you based on facts, then how can you embarrass us on such a high level?” he asked. Shoaib said that it was unfortunate for PCB chief Ramiz Raja, who took over the reins of the board a few days ago.

“You have to understand that Pakistan’s image has been damaged. I am not concerned about Pakistan cricket at the moment, I care for the country’s image,” he said. He lamented the “security alert” excuse given by New Zealand Cricket Board, saying that the Christchurch attack in New Zealand was also a tragic incident when Muslims were gunned down in cold blood.

Shoaib said the news would not bode well for Pakistan, adding that it would be difficult to convince the world now to tour Pakistan. “Will foreign players even play in the PSL now?” he asked. Akhtar said Pakistan had worked hard to push the narrative that it was a peaceful country, adding that the latest setback would serve as an embarrassment for the country. “India and the international media will not leave us alone now,” he lamented. “Pakistan cricket’s image has been destroyed.”

Former Pakistan fast bowler Sikander Bakht lashed out at the New Zealand authorities, questioning its “security alert” excuse to abandon the tour. “They practised here for five days. Not a single stone was hurled at them. Withdrawing at the last minute is very disappointing,” he said. Bakht said Pakistan had facilitated countries around the world by playing Test matches in difficult conditions, in England and elsewhere. “We went the extra mile for them, we played Test matches for them,” he said. “And they are the ones who hit us. I was saying at the time that they [New Zealand] will not come to Pakistan and the same has happened now,” he added.