UK to lift travel ban on Pakistan by September 22 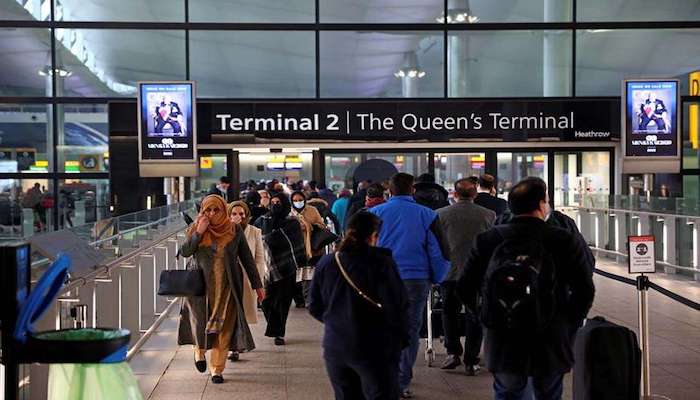 Pakistan will finally be removed from the United Kingdom’s red list on September 22 (Wednesday), the country’s Secretary of State for Transport Rt Hon Grant Shapps said Friday. Pakistan, Sri Lanka, Oman, Bangladesh, Kenya, Turkey, Egypt, and the Maldives are among the eight countries that are set to be removed from England’s red list, according to the British official.

In August, the UK retained Pakistan on its red list, as the country failed to meet the requirements on genomic surveillance capability, transmission risk, and variants of concern. Providing further updates on travel restrictions, the British official said the government was making coronavirus testing easier for travel from October 4.

“If you’re fully [vaccinated] you won’t need a pre-departure test before arrival into England from a non-red country and from later in Oct, will be able to replace the day 2 PCR test with a cheaper lateral flow,” he said.

“We’ll also be introducing a new simplified system for international travel from Mon 4 Oct, replacing the current approach with a single red list and simplified measures for the rest of the world —  striking the right balance to manage the public health risk as No.1 priority,” he added. Back in April, the UK  government had announced adding Pakistan to its red list as the coronavirus cases surged due to the Delta variant — which was first identified in India.

Responding to the development, British High Commissioner to Pakistan Christian Turner said he was aware of how difficult the last five months were for so many who relied on close links between UK and Pakistan.

The envoy thanked Federal Minister for Planning, Development, and Special Initiatives Asad Umar, Special Assistant to the Prime Minister (SAPM) on Health Dr Faisal Sultan, and relevant Pakistani institutions for their close collaboration. Turner said UK and Pakistan would continue to work closely to ensure data sharing and safeguard public health in both countries. “No one is safe until everyone is safe.”

In reply to Turner’s tweet, SAPM Dr Sultan termed the development “great news” for those wanting to travel to the UK, as the ban had been lifted after several months. “I am grateful to @CTurnerFCDO and others in the UK govt who engaged with our team for an in-depth understanding of our epidemic response and systems as well as the ongoing sharing of data and information to enable disease security,” he said. Federal minister Umar lauded UK’s High Commission in Pakistan for its support throughout the process, as said that it was “good to know finally the right decision taken”.

“Support for conveying facts about the COVID situation in Pakistan by UK parliamentarians is also highly appreciated,” the planning and development minister added.