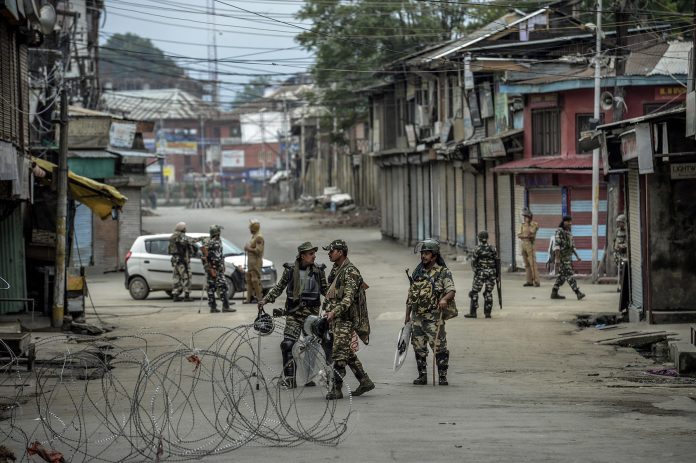 ISLAMABAD: The All Parties Hurriyat Conference and other Hurriyat organisations in Indian Illegally Occupied Jammu and Kashmir (IIOJK) have welcomed the demand raised by the Organisation of Islamic Cooperation through a written statement to the UN Human Rights Council to address the human rights violations committed by occupational forces in Jammu and Kashmir and Palestine.

According to Kashmir Media Service, the APHC and Hurriyat organisations in their statements issued in Srinagar called upon the UNHRC and OIC to send their teams to occupied Jammu and Kashmir to monitor the scale of war crimes endured by the people of Kashmir at the hands of brutal Indian forces in the territory.

They also urged the UN to place sanctions on India for trampling the world body’s resolutions on Kashmir adding that India under Modi has become a Hindutva fascist regime, which if not reined in will endanger the peace of the whole world.

Jammu and Kashmir Peoples League, Tehreek-e-Istiqlal and Jammu and Kashmir Social and Justice League demanded immediate release of thousands of Kashmiris including Hurriyat leaders and activists, young boys and journalists from Indian jails.

The Kashmir Freedom Front welcomed the dossier issued by the Government of Pakistan on Indian brutalities in IIOJK. Peoples Democratic Party President, Mehbooba Mufti, talking to media said that BJP was depriving people of even the little rights, left with them after abrogation of Article 370 in August 2019.

Meanwhile, India’s National Crime Records Bureau in its annual report admitted that in 2020, as many as 287 cases under draconian law, Unlawful Activities (Prevention) Act were registered in occupied Jammu and Kashmir.

Besides Kashmir, the Modi government registered a large number of cases under the draconian law and sedition charges, mostly against Muslims and farmers in Manipur, Jharkhand, Assam and Uttar Pradesh states for holding protests against the new citizenship law and agri laws, introduced by the Modi regime in 2019 and 2020.

The official report by Indian government vindicates that United Nations High Commissioner for Human Rights, Michelle Bachelet, was justified in voicing concern over the misuse of the draconian law, UAPA, by the Indian authorities to suppress the dissent particularly in Jammu and Kashmir.

The sleuths of India’s Enforcement Directorate on Thursday conducted raids on the office and home of prominent human rights activist and former officer of Indian Administrative Service, Harsh Mander, in New Delhi.

In Washington, the World Kashmir Awareness Forum in a statement while welcoming the appointment of Masarrat Aalam Butt as new chairman of the All Parties Hurriyat Conference hoped that he would prove himself a strong and capable successor to the late veteran leader, Syed Ali Geelani.