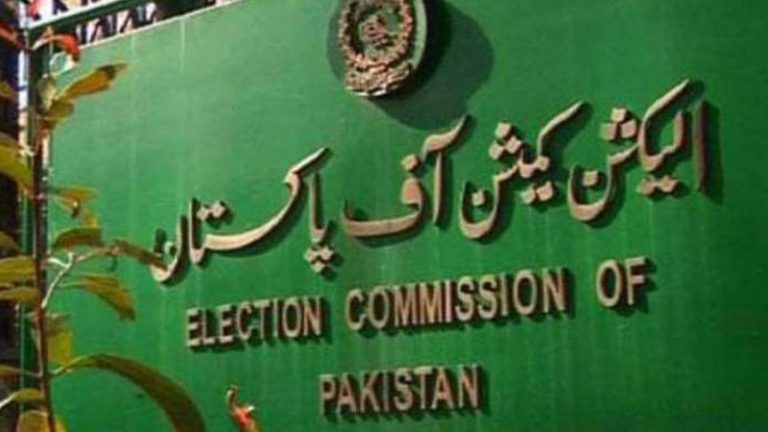 The Election Commission of Pakistan (ECP) has served notices to Federal Minister for Information and Broadcasting Fawad Chaudhry and Minister for Railways Azam Swati over allegations leveled by the federal ministers, a private TV channel reported.

The development comes two days after the ECP had announced to issue notices to the information and railways ministers. An ECP meeting chaired by Chief Election Commissioner (CEC) Sikander Sultan Raja had condemned the allegations ‘in the strongest possible terms’ and rejected them. It had also decided to seek proofs from Swati as he had accused the ECP of taking bribe and being on the payroll of someone during a meeting of the Senate Standing Committee for Parliamentary Affairs and another held the night prior at the President House. The ECP had also decided to seek evidence from Fawad Chaudhry in relation to allegations he had levelled during a press conference. The meeting had decided to issue legal notices to both the ministers. The ECP had also sought records of the Presidential House and Senate Standing Committee meetings and Chaudhry’s press conference from the Pakistan Electronic Media Regulatory Authority.

Last Friday, the ECP officials had walked out of a meeting of the Senate Standing Committee on Parliamentary Affairs after Swati accused the commission of taking money from companies that make electronic voting machines.