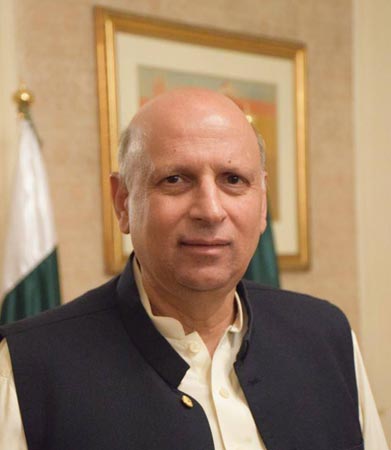 Punjab Governor Chaudhry Sarwar has said that the resolution of the Kashmir issue is vital and guarantee of peace in the region. He stated this while addressing a seminar held in memory of Kashmiri Hurriyat leader Syed Ali Gilani at Government College University Lahore on Thursday. He said that India could not suppress the voice of Kashmiris by resorting to violence and use of force. Kashmiri Hurriyat Leader Syed Ali Gilani’s struggle for independence of Kashmiris was a principled and ideological one that would always be remembered in the history. He said, “Leaders like him are born in centuries.” Punjab Governor said that Pakistan would continue the moral, diplomatic and political support of Kashmiris. Punjab Governor said that Syed Ali Gilani was a strong and powerful voice for the independence of Kashmir.

He further said that late Syed Ali Gilani always acknowledged Pakistan’s support of Kashmiris’ right to self-determination and no Kashmiri could forget his historic words: “We are Pakistanis, Pakistan is ours”. He said that Indian government was still fearful of late Syed Ali Gilani. He said atrocities on Kashmiris by the Indian government was not less than terrorism, adding that Pakistan would continue to support the Kashmiris’ right to self-determination at every forum under the leadership of Prime Minister Imran Khan.