Gabrielle talks about the importance of forgiveness

* However, it hasn't always been smooth sailing 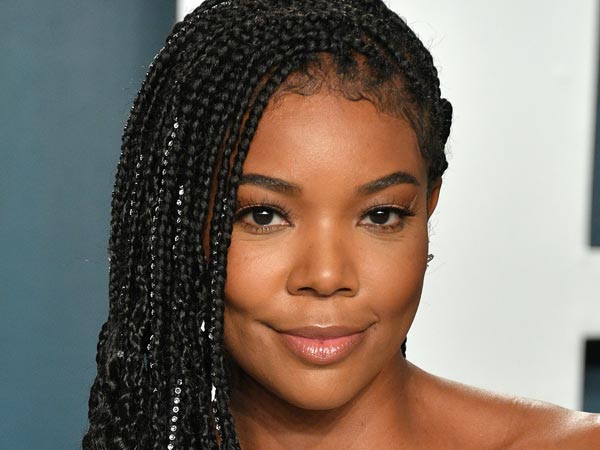 Gabrielle Union is shining a spotlight on her love life like never before.

There’s no denying the Bring It On star and her husband of seven years, Dwyane Wade, have become the definition of couple goals. Whether they’re twinning in fashionable outfits or making fans swoon with their adorable family moments, the pair’s relationship is straight out of a romance novel.

However, it hasn’t always been smooth sailing.

Before Gabrielle, 48, and Dwyane, 39, tied the knot in August 2014, the retired NBA player fathered a child with another woman while they were on a break. In 2013, the athlete welcomed a baby boy, Xavier, now 7, with Basketball Wives star Aja Metoyer. He would go on to propose to Gabrielle later that year.

While the Deliver Us from Eva actress has discussed this period of their relationship, she shared a more candid account of what was really going on at the time in her new book, You Got Anything Stronger, which was published on Sept. 14.

When Dwyane broke the news to Gabrielle that Aja was expecting, she explained that they “were in a much better place” relationship-wise. However, it didn’t hurt any less to hear about it.

Before Gabrielle, 48, and Dwyane, 39, tied the knot in August 2014, the retired NBA player fathered a child with another woman while they were on a break. In 2013, the athlete welcomed a baby boy, Xavier, now 7, with ‘Basketball Wives’ star Aja Metoyer

“To say I was devastated is to pick a word on a low shelf for convenience,” Gabrielle wrote. “I have not had words, and even after untold amounts of therapy I am not sure I have them now. But truth matters.”

Gabrielle, who previously revealed her adenomyosis diagnosis, explained that she and Dwayne were trying to have a baby of their own at the time. But her road to motherhood wasn’t an easy feat.

While Gabrielle was struggling to get pregnant, she said Dwyane told her, “As much as we want this baby, I want you…We’ve lost too much in our relationship for me to be okay with encouraging you to do one more thing to your body and your soul.”

“The experience of Dwyane having a baby so easily-while I was unable to-left my soul not just broken into pieces, but shattered into fine dust scattering in the wind,” she recalled. “We gathered what we could to slowly remake me into something new. There was no way to disguise where I’d been glued back together.”

The LA’s Finest star admitted her “feelings weren’t originating from a healthy place” during that period.

“So much of what made the decision so difficult was that if I didn’t submit to a surrogacy, then I was convinced I needed to let Dwyane go,” she wrote. “Even if he didn’t want to, I had to let him find someone who could give him what he wanted. But I loved him.”

Gabrielle said that had they not experienced their relationship struggles, “He wouldn’t have become the man he desperately wanted to be, and I would not become the woman I dreamed of being.”

“I can never know if my failure to carry a child put a ceiling on the love my husband has for me. Yes, I am Baby Mama number three, a label that is supposed to be an insult,” Gabrielle shared, adding, “If I am telling the fullness of our stories, of our three lives together, I must tell the truths I live with. I have learned that you can be honest and loving at the same time.”