* 'I'll be dressed in all pink like Legally Blonde so they know I mean business,' the mother of one continued 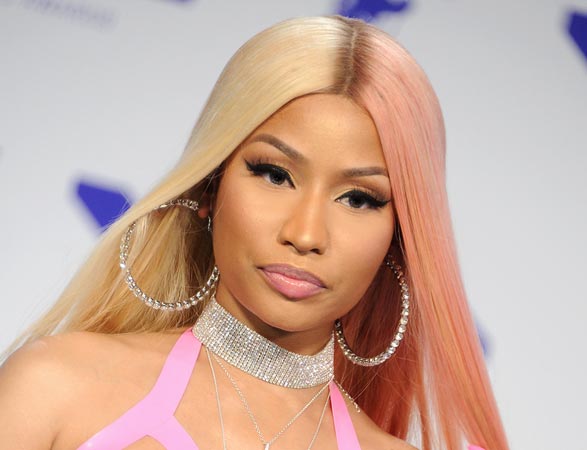 Nicki Minaj is taking her COVID-19 vaccine concerns all the way to the top.

On Wednesday, Sept. 15, the 38-year-old rapper tweeted that she received an invitation from the White House to discuss the efficacy and possible side effects of receiving the coronavirus vaccine. As she explained, “I think it’s a step in the right direction. Yes, I’m going.”

“I’ll be dressed in all pink like Legally Blonde so they know I mean business,” the mother of one continued. “I’ll ask questions on behalf of the ppl who have been made fun of for simply being human. #BallGate day 3.”

In response, a White House official tells E! News, “As we have with others, we offered a call with Nicki Minaj and one of our doctors to answer questions she has about the safety and effectiveness of the vaccine.”

#BallGate refers to Nicki’s previous claim that her cousin knew someone who became infertile after getting the vaccine. She wrote on Monday, Sept. 13, “His testicles became swollen. His friend was weeks away from getting married, now the girl called off the wedding. So just pray on it & make sure you’re comfortable with ur decision, not bullied.”

In response, a White House official tells E! News, ‘As we have with others, we offered a call with Nicki Minaj and one of our doctors to answer questions she has about the safety and effectiveness of the vaccine’

The “Starships” rapper said that this claim and other concerns are the reason why she declined the COVID-19 vaccination and was unable to attend the 2021 Met Gala.

Nicki clarified in her Wednesday tweets that her acquaintance’s testicles were not the reason she didn’t get vaccinated. “The lie is so funny/entertaining tho,” she joked.

Though Nicki can see the humour in the situation, she added that political commentators and other individuals are “missing the mark” when they make fun of vaccine hesitancy. “It’ll scare ppl even more. Can’t ‘joke’ their way out of it, can’t try & make ppl look stupid, can’t say they’ve tested everyone in their country & this never happened,” she said. “They #DothProtestTooMuch just say everything has side effects& GO.”

In light of the backlash to her comments, Nicki vowed to represent those who are unsure if they want to be vaccinated. She told her followers, “If you guys have questions you’d like me to ask, leave in the comments. You’ll see it in real time with full transparency.”

Shortly after announcing her invitation to the White House, Nicki took to her Instagram Stories, claiming that she’s in “Twitter jail.”

“They didn’t like what I was saying over there on that block, I guess,” she alleged. “My poll was gonna be… Asking questions is OK… I like being fkng dumb. Then boom. Can’t tweet.”

According to NBC News, infectious disease expert Dr. Anthony Fauci addressed Nicki’s assertions in a press conference on Wednesday, assuring people that there is “no evidence” to suggest the vaccine causes infertility in men or women.

“There’s a lot of misinformation, mostly on social media, and the only way we know to counter mis and disinformation is to provide a lot of correct information,” he said. “And to essentially debunk these kinds of claims, which may be innocent on her part. I’m not blaming her for anything but she should be thinking twice about propagating information that really has no basis.”

Amid #BallGate, Nicki has started blocking Twitter users criticizing her point of view. In response to a since-deleted tweet, Nicki wrote in part on Sept. 15, “#Blocked for being fkng dumb on my page. Who’s next ? Day 3 of #BallGate has begun. *takes seat @ my desk*.”

And as for her cousin, Jimmy Kimmel wants to interview him. “He’s willing to talk for the right price,” Nicki tweeted. “I’m his manager. Call me, Jimmy.”