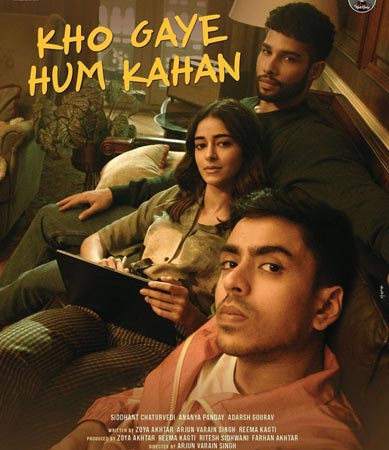 Actors Siddhant Chaturvedi, Ananya Panday and Adarsh Gourav are set to star in “Kho Gaye Hum Kahan”, backed by Excel Entertainment and Tiger Baby. The film will be the directorial debut of Arjun Varain Singh and is billed as a coming of “digital” age” story of three friends in Mumbai. “Kho Gaye Hum Kahan” is written by Zoya Akhtar, Singh, Reema Kagti. It is produced by Zoya, Kagti, Ritesh Sidhwani and Farhan Akhtar. The star cast of the film took to Instagram and shared the first look poster of the film. “Find your Friends and you won’t need followers,” they posted. Chaturvedi and Panday recently worked together in filmmaker Shakun Batra’s untitled next, co-starring Deepika Padukone. Gourav was the breakout star of this year’s Netflix film “The White Tiger”. The makers announced that “Kho Gaye Hum Kahan” will be their next theatrical project, scheduled to release in 2023.