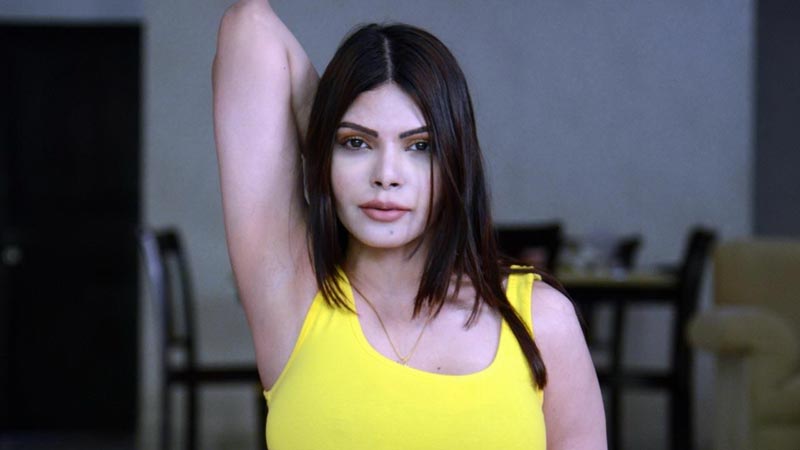 Actress-model Sherlyn Chopra has reacted to Shilpa Shetty’s statement to Mumbai Police that she was completely unaware of what husband Raj Kundra was up to in the pornography case.

Sherlyn and Shilpa are both among 43 witnesses whose statements have been recorded in the 1467-page supplementary chargesheet filed by the Mumbai Police in the Raj Kundra pornography case.

On Wednesday, Sherlyn Chopra shared a video on Instagram, referring to Shilpa Shetty as ‘didi’. “According to some media reports, didi is saying that she wasn’t aware of the nefarious activities of her husband. Didi is also saying that she doesn’t about the movable and immovable assets of her husband. How true is this statement, you guys can understand yourself,” Sherlyn said in the video while doing bicep curls with dumbbells.

Sherlyn, in her statement, had told Mumbai Police that Raj Kundra and his firm’s creative director had repeatedly followed her to work for the mobile application named ‘HotShots’. According to PTI, Sherlyn was told that the HotShots app would have more bold and hot videos, but Chopra refused, the charge sheet said. Chopra further told the police that she had signed a contract with the firm Armsprime Media Pvt Ltd for creating the mobile app named ‘The Sherlyn Chopra App’. Chopra claimed that as per the agreement, she was to get 50 per cent of the revenue, but she never got her share, said the charge sheet.

A lot of evidences against Raj Kundra came to light after technical analysis, statements of witnesses and from documents confiscated from his office, it said. The police said Kundra and Thorpe, in conspiracy with accused arrested earlier, took advantage of financially weak young women who were struggling in the film industry and made obscene movies with them. The pornographic videos were then uploaded on various websites as well as mobile applications, they said.