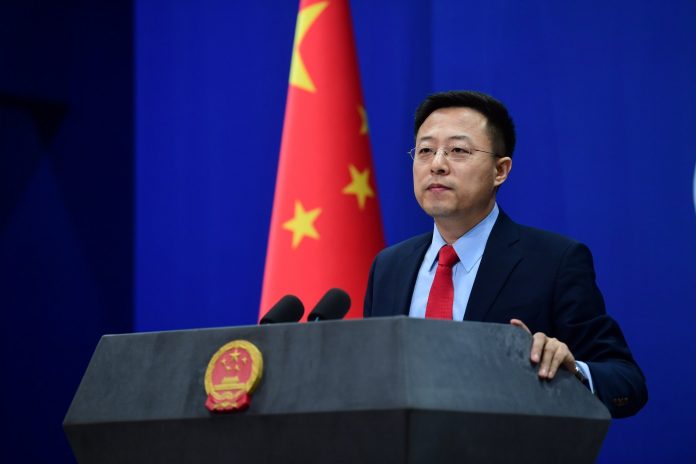 “As all weather strategic cooperative partners, the two sides have constantly deepened economic and trade cooperation,” Zhao Lijian said during his regular briefing held here. During a recent meeting with CEOs of Chinese companies operating in Pakistan, the prime minister assured his government’s cooperation and facilitation to the Chinese enterprises and investors.

The spokesperson remarked that China has been Pakistan’s largest source of investments and trading partner for many years in a row.“We stand ready to work together with Pakistan to advance high quality CPEC development, and to deepen bilateral cooperation,” he added.

He hoped that there will be a more favourable environment for Chinese businesses who want to invest and operate in Pakistan so that we can have mutually beneficial cooperation and shared development.

Earlier, several Chinese business leaders have expressed increased confidence in their operations in Pakistan after attending a meeting with Prime Minister Imran Khan that was aimed at addressing Chinese firms’ concerns regarding policy support and security.

During the meeting with a delegation of Chinese business leaders, Khan vowed to chair a monthly self-review meeting to address their concerns sending a strong signal that the Pakistani government attaches great importance to Chinese companies.

Zhang Shilu, general manager of Zhengbang Agriculture Pakistan (Pvt) Limited, who attended the meeting, told the Global Times that the meeting was held in response to concerns that have gripped Chinese investors.

He added that at the investment meeting, representatives of Chinese enterprises voiced their hopes that Pakistan could introduce an industrial park management committee – a common practice in China – to simplify approval processes.

Chinese enterprises that attended the meeting included OPPO, Shanghai Challenge Textile Co, and Easy Prefabricated Homes Pvt, a subsidiary of Henan D.R. Construction Group Co. George Long, CEO of OPPO Pakistan, told the Global Times that the company was hoping for some form of preferential tax treatment and land policies from the Pakistani government to support its R&D and high-tech production.

This would boost local employment and local tech supply chains would also be steadied, Long said. The Chinese phone vendor’s foray into the Pakistan market began in 2014 and it has built 17 after-sales services centers and more than 5,000 retail outlets across the country. “We’re confident about expanding investment in Pakistan and bringing quality smart gadgets to the people of Pakistan, he added.”

A manager surname Jin with Henan D.R. Construction Group who participated in the meeting said that the agenda of the meeting included difficulties for Chinese-funded firms in the local industrial park that include land purchases and natural gas and power supplies.

In October 2019, the company purchased 6.1 acres of land in an industrial park as a factory production base, and started to build the factory after the land purchase procedures were approved in December 2019.