* Now, fans' main lifeline is gone in the blink of an eye, with followers wondering if her Instagram deactivation was a 'good or bad sign' for her wellbeing 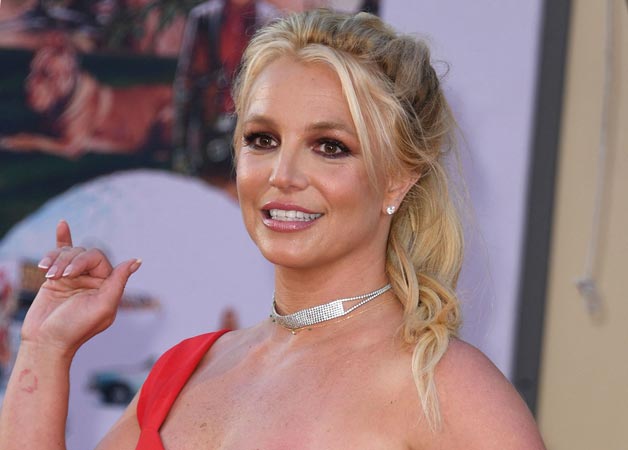 Sorry, this page isn’t available. Yep, Britney Spears just deactivated her Instagram account, and it already feels like the crowd is saying ‘Gimme more.’ As the pop star grapples with her “abusive” conservatorship, fans have been relying on her steady stream of cryptic messages, dance videos and even topless photos to give insight into how she’s doing. Of course, Instagram is also how she let the world know that’s engaged to fitness expert Sam Asghari on Sunday, Sept. 12.

Now, fans’ main lifeline is gone in the blink of an eye, with followers wondering if her Instagram deactivation was a “good or bad sign” for her wellbeing.

Though Britney posts far less frequently on her Twitter and Facebook accounts, they are still active. In fact, she later tweeted about her decision to quit Insta, writing, “Don’t worry folks … just taking a little break from social media to celebrate my engagement !!!!” She added a winking face and teased, “I’ll be back soon.”

A source tells E! News that “nothing should be read into” her choice to get off of Instagram. “It was her decision to deactivate her Instagram account,” the source shares. “She is just taking a break from it because she’s in a great place legally and personally and is focusing on other things for the time being, which is a great thing.”

The insider reveals Britney is in a “very happy place” both legally and personally, “given her father’s imminent departure and personally, given events of last weekend,” the source says.

On Sept. 7, her father and conservator of her estate, Jamie Spears, submitted a petition to ask a judge to terminate her conservatorship, which will be discussed in court later this month.

“As Mr. Spears has said again and again, all he wants is what is best for his daughter,” read the court doc, which was obtained by E! News. “If Ms. Spears wants to terminate the conservatorship and believes that she can handle her own life, Mr. Spears believes that she should get that chance.”

A separate source, close to Jamie, told E! News that he has had to “deal with a lot of stress and pressure and he wants to be done with it.” The source added, “Jamie feels by moving to end it, he is forcing their hand to make an evaluation happen sooner rather than later.” Britney’s lawyer called the petition “another legal victory” as well as “vindication” for the Grammy winner.

The following week, she received happier news when Sam proposed at her house with a four-carat diamond ring, engraved with the word “Lioness.”

A third source shared that Sam has been “dying” to propose to Britney and “knew this was finally the right time,” adding, “They are so happy to be able to share this new chapter together… They have been talking about getting engaged for a while now and Sam totally threw her off today at her house. She was so taken back, she screamed.”

Sam addressed the concern on his page soon after, writing, “Thank you everyone is concerned about The prenup!” He teased, “Of course we’re getting iron clad prenup to protect my jeep and shoe collection in case she dumps me one day.”

E! News has reached out to her lawyer and rep for comment on the deactivation.