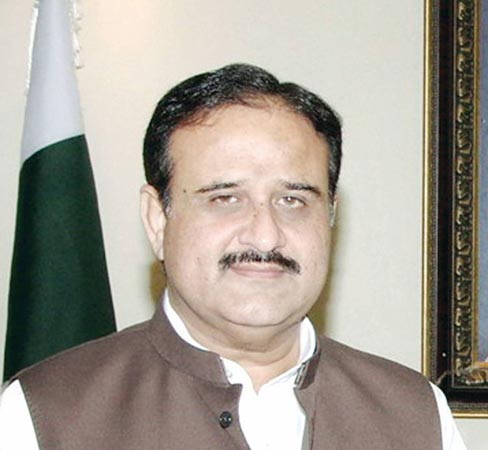 Chief Minister Punjab Sardar Usman Buzdar has directed the provincial price control committee to ensure effective implementation of the price control mechanism in the province to provide necessary relief to the common man.

In a statement, the CM directed the administration to ensure quality control as well as strict monitoring of prices of essential items in markets. Those creating artificial price-hike do not deserve any leniency and no one will be allowed to make a dacoity on the pockets of the people; the CM declared and further directed the administration to continue their indiscriminate action against hoarders and illegal profiteers.

Action should be initiated against those selling items at exorbitant rates; he added and repeated to ensure the availability of daily used items according to fixed rates. The government will go to any extent to maintain effective price control and every step will be taken in this regard, concluded the CM.

Meanwhile, Chief Minister Sardar Usman Buzdar has directed strict legal action against an arrested accused Sanaullah involved in rape-cum-murdering his 13-year-old cousin Ahmed. The CM has also directed to make every effort to provide justice to the heirs.

The Mianwali police traced the murder incident in the precinct of PS Harnoli over a notice of the chief minister while the accused has also confessed to his crime.

Chief Minister Punjab Sardar Usman Buzdar has said levelling baseless allegations is the favourite modus operandi of opposition adding that the narrative of the rejected elements has been fully rejected by the people.

In a statement, the CM advised the elements, engaged in impeding the development journey, to realize facts. Regrettably, the opposition parties used the power and authority for increasing personal bank balances in their respective tenures than to serve the masses, he added. The PDM has no strategy for the country and the people are also fully aware of their true character, the CM stated. The PDM has ended in a fiasco and anarchists have also been fully exposed, he further said. PDM is only interested in protecting personal interest but the people will not allow anybody to interrupt the development journey, concluded the CM.

Separately, Provincial Minister for Prisons and spokesperson to the Punjab government Fayyaz-ul-Hassan Chohan has stated that Bilawal Zardari and his cronies have devastated the Sindh province adding that inefficiency, corruption and maladministration is rampant at every level.

In a statement, Fayyaz-ul-Hassan Chohan maintained that the performance of the Punjab government under CM Usman Buzdar is better than other provinces. Bilawal Zardari, don’t you see the ruins of Karachi and Sindh everywhere while each district of Punjab was being developed in the tenure of CM Usman Buzdar. Bilawal Zardari should be ashamed of speaking lies; he said and advised him to stop daydreaming. Those who have looted every nook and corner of Sindh should avoid speaking about the Punjab province; he advised and added that Bilawal Zardari will continue to face political disappointment in Punjab. Every Pakistani knows that Bilawal is the son of a father notoriously known as Mr. 10 Percent. Regrettably, the entire family of Mr. 10 Percent is making hay while the sun of their corruption will shine in Sindh, concluded the minister.