The proceeds raised through this Islamic syndication will be utilised to finance the development of tower sites for various mobile networks operating in Pakistan.

Last month, Engro had announced to enhance its total equity investment in the Telecom Infrastructure vertical to Rs21,500 million. The infrastructure was set up in 2019 to accelerate the development of connectivity infrastructure in Pakistan, providing an opportunity for the people to be part of the new digital era.

Engro Enfrashare was engaged in the acquisition and construction of shared telecom towers, provision of various telecommunication infrastructure and related services including state of the art network monitoring solutions. Since its inception, the company had established strong relationships with all mobile network operators active in Pakistan and was working closely with them to develop build-to-suit (B2S) sites across the country to serve their coverage and capacity requirements.

On this occasion, Engro Corporation’s President and CEO, Ghias Khan said the company was committed to expand its footprint in the Telecom Infrastructure vertical to power Pakistan’s progress in the digital era. With the support of banking partners like Meezan Bank, Engro Enfrashare would continue to work towards its purpose of making connectivity more accessible and affordable for everyone.

MBL’s President and CEO, Irfan Siddiqui said digitization would be a major element driving business success in the era the banks were entering. MBL was not only the leading Islamic Bank but the best bank in the country. It fully understood the significance of telecom infrastructure and for this reason it encouraged companies to build strong telecom infrastructure that would support their digitization initiatives and enable them to deliver a better customer experience. 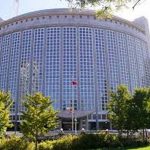