In ‘The Last of the Love Letters,’ passion is inescapable 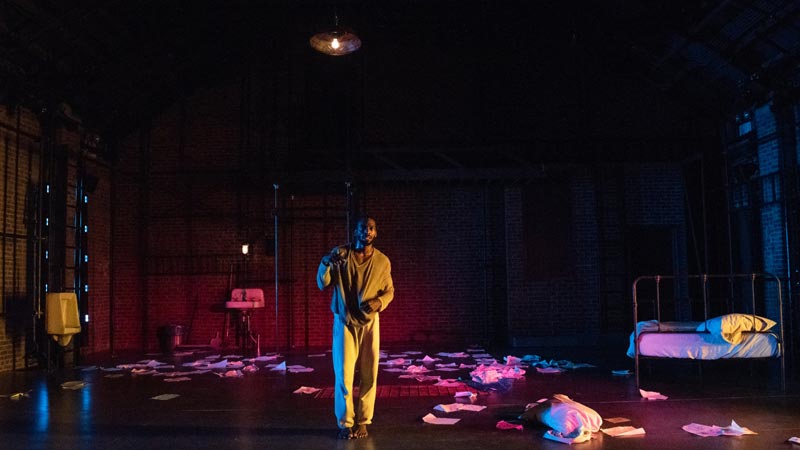 Ngozi Anyanwu started writing for the theatre, she told the playwright Jeremy O Harris a few years ago, to develop roles that she and other Black women actors, many of them first or second generation Americans, “weren’t seeing onstage.”

In the process, they were also developing something else, just as valuable: new forms. Bringing surrealism and magic and multiple levels of storytelling to their plays, writers including Anyanwu, Jocelyn Bioh, Mfoniso Udofia, Danai Gurira and Antoinette Chinonye Nwandu often seemed to be dragging American theater out of the living room and into the open.

With few exceptions, their work didn’t have any of the markers of old school dramaturgy: sofas, beds, bar carts, easy chairs. Often, there was no place to be easy at all.

So it’s something of a red herring that the first scene of Anyanwu’s “The Last of the Love Letters,” which opened on Sunday at Atlantic Theatre Company, takes place in a cosy studio apartment dominated by a rumpled, welcoming bed. A pair of red stilettos stands at attention nearby. Teddy Pendergrass croons from the record player.

If you thus think, as I did, that this will be a straightforward play about romance – with all its pleasures, including the bittersweet ones of recalling it after it’s gone – think again. Although “The Last of the Love Letters,” like Anyanwu’s “The Homecoming Queen” and “Good Grief,” does concern the long aftermath of a troubled affair, its alternative title indicates larger ambitions: “For All the Lovesick Mad Sad Geniuses.”

What exactly those ambitions are was not always clear to me. Playing a woman called only “You” in the program, Anyanwu delivers a furious comic diatribe to an absent lover she’s apparently ambivalent about leaving. There’s no question she’s angry about how he has bent her into the image he wanted: “I put on the perfect lip colour / I wore the clothes you liked,” she intones in the quasi-poetic cadences of the script. But she just as often flips into admitting, with a sly grin, her own accountability: 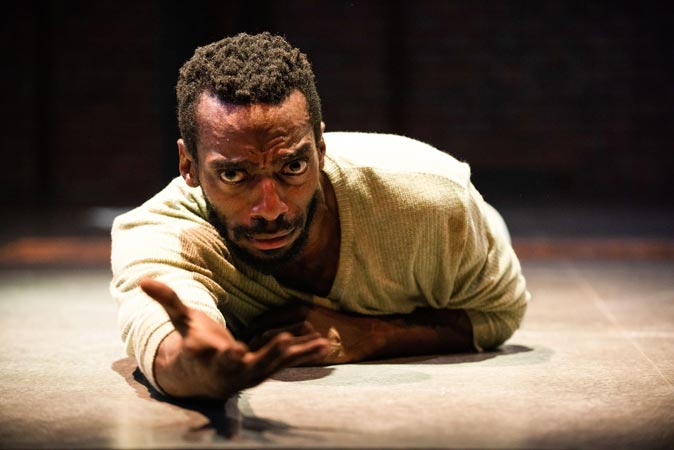 “Okay if I’m being honest, I liked being the thing you needed,” she grants, later adding: “I would be lying if I said it didn’t feel good / To withhold sometimes / A lot of times / Most of the time.”

The alternation between these two modes, though amusingly rendered by Anyanwu, is somewhat schematic, and might be even more so were it not for bold staging choices by the director, Patricia McGregor. Bringing physical life to the oscillations of the bare text, she at one point has Anyanwu pour what looks like a fifth of Patrón into the sound hole of the ex’s guitar and threaten to light it. At another point, indulging happier thoughts, the character is directed to make pleasurable use of that bed.

But the is-she-really-leaving love story, it turns out, is only the bait for what follows. After 20 minutes of You, when a jarring reconfiguration of Yu-Hsuan Chen’s set brings us to another world entirely, we get You No. 2. The next 50 minutes take place in a high-security cell, the kind you might imagine housing the most dangerous, psychotic inmates.

The man inside it, played by Daniel J. Watts, is clearly mad, in both senses. But he does not seem dangerous, even when fed medications by an orderly. Rather, he seems emotionally bereft, desperate to reconnect with a woman who has unilaterally ended things with him. As we begin to wonder whether the woman in question is the same one we got to know earlier – or, for that matter, an actual woman at all, or many – his confinement, no less than his longing, begins to seem more allegorical than real.

The highly patterned writing once again introduces a problem of diminishing returns. As the man delivers a long monologue seeking reconciliation or at least some form of human contact, his language flows in long, looping arcs of attempted seductiveness that turn into disappointment that metastasizes into fury that burns itself out and starts over again. Sometimes he blames her and sometimes, pitifully, himself.

But for what, exactly?

If Anyanwu doesn’t provide us with keys to the allegory, except to hint rather broadly that it involves the repression of artists in a totalitarian state, an actor as excellent as Watts cannot help but fill in the blanks. In a thrillingly physical performance, he brings coherence that may not be in the script to the prisoner’s extremes of grief and yearning, regardless of whether the prison is made of bars or ideas.

This is no surprise if you’ve seen Watts in the variety of difficult roles he’s played over the last several years in New York, including the glowering Ike Turner in “Tina: The Tina Turner Musical” and an actual prisoner in “Whorl Inside a Loop.” He sometimes seems to incorporate a character so completely that the performance is a struggle to keep from exploding. In “Love Letters,” he does explode, several times. But whenever he blows apart, the play predictably forces him to regroup.

It’s true that people are lumpy that way; I only wish “Love Letters” weren’t. Because Anyanwu’s previous plays have proved so fresh and powerful, even when taking on more familiar subjects, I am tempted to regard this one as a sketch rather than a botch. If the allegory itself does not convince, given too little real estate in an already short running time to rise above the clichés of dystopian genre fiction, it may be helpful to look at the play through the other end of the telescope: What do those clichés say about love itself?

Seen that way, it’s easier to be moved by both Yous, and to sense what might have drawn them together as lovers and as characters. Both are operatic types, making arias out of their affection and abhorrence. Their perseverative cycles of longing sound like the pressured speech of people driven mad by oppression.

If you substitute the tyranny of love for that of the state, “Love Letters” may demonstrate how our most powerful needs ultimately become our most inescapable prisons.