Lasith Malinga retires from T20s to close out playing career 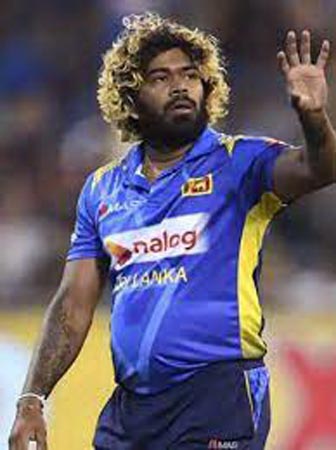 COLOMBO: Lasith Malinga, who has a claim to being men’s cricket’s greatest Twenty20 bowler, has officially called time on the last format he had not retired in. It was always likely Malinga’s playing career was over after he stopped being picked for the Sri Lanka side, while he also withdrew from several franchise tournaments, including the Indian Premier League. But if fans had held out hope for a farewell T20, that is no longer an option. Malinga announced his decision via his new Youtube channel, in which he had been analysing Sri Lanka’s limited-overs performances over the past few weeks. “Today I decided I want to give 100 percent rest to my T20 bowling shoes,” he said. “I want to thank each and every one who supported me and blessed me throughout my T20 journey.” Malinga went on to thank the officials and teammates of all the major teams he has been a part of, from the Sri Lanka national side, to Mumbai Indians, Melbourne Stars, and various other sides from around the world.

Recognised almost as much for his blonde-tipped curls, as his unique round-arm action, Malinga claimed 107 T20 international wickets, and maintained an economy rate of 7.42 across 83 bowling innings. He was among the format’s primary innovators in its early years. Although his fast, swinging yorker was his primary weapon right through his T20 career, he also developed a well-disguised slower-ball, a slower bouncer, and was among the first and most successful bowlers to use wide yorkers at the death — a fairly commonplace strategy today.

He was an integral part of the Sri Lanka men’s team’s T20 success at the turn of the last decade. Malinga was leader of Sri Lanka’s attack in the 2009 and 2012 T20 World Cups, when Sri Lanka made the final, and was captain of the team when they won the World Cup in 2014. In addition to his international exploits, he was also a highly-sought after bowler in franchise tournaments in his heyday. In the IPL, his tally of 170 wickets is yet to be eclipsed, and his strike rate of 16.62 is the lowest for any bowler with more than 90 wickets in the tournament. The IPL has arguably never seen a more consistent death bowler. Although he didn’t pick up hard-ball cricket until relatively late in his teens, Malinga was discovered by Sri Lanka fast bowling coaches Anusha Samaranayake and Champaka Ramanayaka, who brought him into the domestic system and trained him in his early years. He made his international debut in 2004, and soon became a fixture in all Sri Lanka’s teams. Repeated knee and ankle injuries threatened to end his career however, and in 2010, he made the decision to retire from Tests to focus on limited-overs cricket. Malinga last played an international in March 2020. He has retired at 38.