“If you have tears”’ Shakespeare said, “’prepare to shed them now” stands true for the Taliban. They are back in the saddle and the hegemonic western powers are shedding crocodile tears as they mourn their defeat after losing a 20-year battle in Afghanistan. Was it a Saigon moment for the US but who is the winner? For, the massive material destruction and the human cost incurred on this grisly business, raise a huge question mark on the Pyrrhic victory.

Despite a powerful Communist Party, a program for the future and two gigantic Marxist allies backing the Vietnamese freedom fighters, the US left Vietnam in ruins. Saigon was fallen, but alongside dashed hopes of building socialism in a country that had valiantly fought to build a world free of capitalistic plague. However, the total devastation of all material resources left the country groping in the wilderness. It took decades of fierce battle and authentic conviction to pave its way out of the misery-the heritage of empire.

The Taliban are standing upon the debris of a country called Afghanistan with a fanatical worldview, which was intertwined with dystopian capitalist ideology: a mélange that makes a perfect recipe of disaster, an icing over the destruction. Ironically, its two neighbours-one, allegedly known for providing its womb for Taliban’s birth and the other, suffering its Venezuela moment-are Islamic republics. Both Pakistan and Iran are ruled by the comprador bourgeoisie in religious disguise, where sham democracy walks hand-in-glove with the relentless coercive state apparatus. For them, the Taliban’s style of barbaric rule is not alien as they have ruled their subjects with identical heavy-handedness.

However, those who are shouting hoarse at the loss of their version of democracy and freedom while shedding crocodile tears must know they remain the actual cause of Afghanistan’s tragedy. In his withdrawal speech, Biden confessed that nation-building in Afghanistan was not the motive, for ‘”it is the right and the responsibility of the Afghan people alone to decide their future and how they want to run their country’.”

We cannot “impose the government on them. No country has ever been able to do that.” he added.

The objective of fighting in Afghanistan, Biden mentioned, was to get hold of the terrorists responsible for 9/11, to deliver justice to Osama, and ”to keep Afghanistan free from becoming a base from which attacks could be continued against the US.”

One simply wonders if all these objectives were achieved long ago, what was the point of waging a continuous war on a wrecked country? The answer has to be sought in the capitalistic logic of invasion. The accumulation of capital in the metropolitan areas finds the precapitalist spaces either by peaceful means or by force. Most “disobedient” countries of the global south –especially countries of the Middle East and Afghanistan-have been invaded by the capital through sheer force, while the “obedient” ones find themselves in the grip of IMF, a monetary arm of NATO.

The return on the capitalistic investment depends on the dynamics of accumulation in the periphery. Britain invested its accumulated capital in the US and part of the investment developed the local economy that ultimately led to the overthrow of British domination. India was squeezed dry and hence, it could not overthrow the Britishers. The latter left India when it could not repay the US loans borrowed during the two world wars and consequently was compelled to open its market to the US capital and to convert its plundered wealth into the US currency.

However, capitalism is not about production and circulation. When necessary, it destroys and devalues the invested capital either through Ponzi financial schemes or by direct invasion. Rosa Luxemburg has correctly suggested that after a certain stage of ripening, capitalism can only realise itself through imperialism. Biden’s statement of not building a nation in Afghanistan must be seen in this perspective. All western claims of the Taliban seizing the largest deposits of lithium and other resources are sham for neither Taliban nor the western powers have the resources to invest in the exploration of the minerals. The West invaded Afghanistan for reasons other than the fetish of democracy.

The realisation of the military-industrial complex was one of the motives. Afghanistan is situated close to the resource-rich Central Asian republics. Establishing a gas pipeline from Turkmenistan to Pakistan through Afghanistan and isolating both Russia and Iran, was an unfulfilled dream that kept haunting Dick Cheney and Hillary Clinton during all these years. China, the second-biggest economy on its way to trample the first, was another threat that had to be countered not only through Afghanistan but by creating anarchy in energy-rich Xinjiang province bordering not only Afghanistan but the Central Asian republics and Russia as well. It is not a coincidence that the west rife with Islamophobia has suddenly convulsed with the “genocide” of the Uyghur Muslims. Incidentally, because of this “genocide,” Xinjiang’s population has increased by 18.3 per cent in the last decade (Global Times, 2021).

Besides, Afghanistan is the den of poppy cultivation. In their first stint in power, the Taliban declared poppy cultivation un-Islamic and banned it completely, but with the second coming of Evangelical imperialism, it has touched its peak again. By supplying 90 per cent of opium and its product to the world, Pep Escobar said, Afghanistan had become a macroeconomy, the largest producer of illicit drugs in the world. American historian Alfred McCoy has revealed the close links between the CIA and the drug trade. From the second world war to the Vietnam war, his authentic work covers the era when the CIA, transported the illicit drug from the Golden Triangle to the US and traded it to support its anti-communist stooges. From Kuomintang in China to Contras in Nicaragua, all the US-backed mercenaries flourished on heroin money. The US-backed savages in collaboration with the CIA traded the drug to buy the ammunition to crush people’s uprisings.

With the loss of Afghanistan, the CIA has lost one of its major sources of earnings. With the American capital incapable of investing in Afghanistan, the space is now open to the Chinese capital. China’s Road and Belt project alone has the potential of connecting the world through a land link. For now, it is connecting Asia with Europe and would be keen to engage Afghanistan with Shanghai Cooperation Organization (SCO). Despite its hackneyed ideology Taliban, a non-monolithic ragtag force, desperate to earn legitimacy and resources will have to join the Chinese club. The destroyed country needs rebuilding, which is impossible with a vague ideology and a central bank robbed by the US stooges. Desperate situations demand desperate strategies and only revolutionary upsurge within Afghanistan can provide the solution, any outside intervention will exacerbate the existing chaos. Afghanistan deserves an opportunity to solve its problems, it will find its Saur revolution. If the deep states of neighbouring countries have not learnt from history, they are apt to repeat it as victims. Reality is barbaric, it neither forgives the friends nor the foes, for long. Brutus, the friend stabbed Caesar and killed his dream of becoming an emperor, and the people of Afghanistan know who is pretending to be a Caesar in today’s Afghanistan. Beware of their revenge.

The writer is an Australian-based academic and has authored books on socialism and history. He can be reached at saulatnagi@hotmail.com 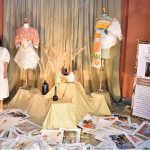