Deny legitimacy to Taliban unless they meet int’l expectations: US 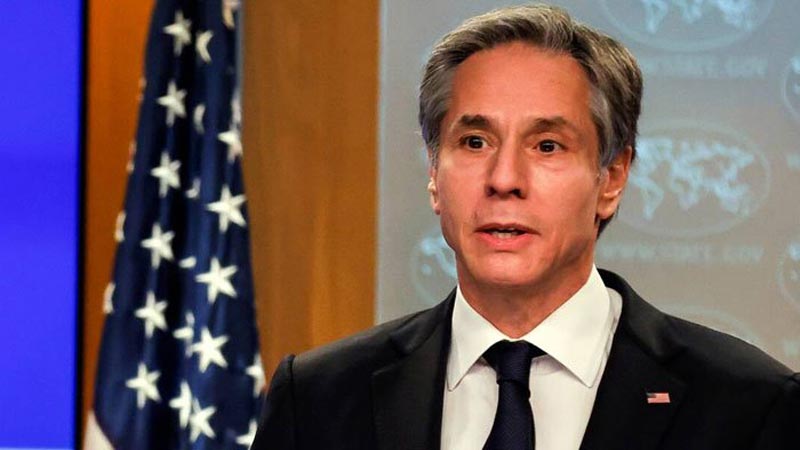 US Secretary of State Antony Blinken called on Pakistan to deny legitimacy to the Taliban unless they meet international demands, acknowledging concerns that Islamabad has supported militants from Afghanistan.

Testifying before Congress on the Taliban victory in Afghanistan, Blinken heard from lawmakers across party lines who pushed for a harder line on Pakistan, an uneasy partner of Washington over the 20-year war.

“What we have to look at is an insistence that every country, to include Pakistan, make good on the expectations that the international community has of what is required of a Taliban-led government if it’s to receive any legitimacy of any kind or any support,” Blinken told the House Foreign Affairs Committee. He said the priorities included ensuring the Taliban let out people who want to leave Afghanistan and respect the rights of women, girls and minorities, as well as adhere to promises that the country not again become “a haven for outward-directed terror.” “So Pakistan needs to line up with a broad majority of the international community in working toward those ends and in upholding those expectations,” Blinken said.

Blinken said Pakistan’s policies have been “on many occasions detrimental to our interests, on other occasions in support of those interests.”

Pakistan’s actions have “involved hedging its bets constantly about the future of Afghanistan,” he added. “It’s one that’s involved harboring members of the Taliban, including the Haqqanis,” Blinken said, referring to the group designated as terrorists by Washington that is now part of the caretaker government.

Democratic Representative Joaquin Castro, one of several lawmakers to criticize Pakistan, called on the United States to consider removing its status as a major non-NATO ally, which gives Islamabad privileged access to US weaponry.

The United States will be looking at its relationship with Pakistan in the coming weeks, Blinken said. He said Pakistan has a “multiplicity of interests, [with] some that are in conflict with ours”. “It is one that is involved hedging its bets constantly about the future of Afghanistan, it’s one that’s involved harbouring members of the Taliban […] It is one that’s also involved in different points [of] cooperation with us on counterterrorism,” Blinken said.

Asked by lawmakers if it is time for Washington to reassess its relationship with Pakistan, Blinken said the administration would soon be doing that. “This is one of the things we’re going to be looking at in the days, and weeks ahead – the role that Pakistan has played over the last 20 years but also the role we would want to see it play in the coming years and what it will take for it to do that,” he said.