Vlogger, travel enthusiast and aspiring singer Fahad Farooq could be the next superstar 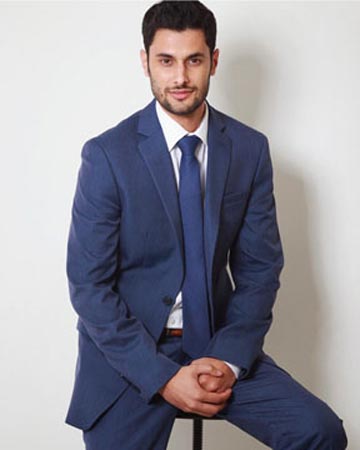 Fahad Farooq is someone I cannot seem to wrap my head around as his talent seems to be unmatched by many.

When I speak of an entrepreneur, someone famous, a talented or determined character, I find he makes the top of the list, as he performs his work to the fullest.

Fahad Farooq was born and raised in northern Pakistan until he was a teenager and later moved to New York City where he started his life. He is a Pakistani-American who made the best of his situations and started a few businesses by trial and error. Eventually he developed the skills of being a businessman and now has an established business in the United Arab Emirates. His business focuses on marketing, networking and advertising. His entrepreneurship and skills also allows him to be the main mediator between parties, his talent allows his hands to get into anything and can bring something out of it.

Everything is in his hand and he manages all things. He helps to start a business for others, he simply creates, organises and manages them and once the hard part is complete he does a grand opening and hands it back over to the owner. This is the multi-talented nature of Fahad.

Fahad also enjoys vlogging and has started a YouTube channel. He also enjoys traveling. He is content and can enjoy the different company of people and places. He does such things that allow him to feel and enjoy himself such as vlogging and singing: which he hopes one day to release a song soon. Fahad likes to use his hands for work as well; it brings him satisfaction to put all of himself in something. He has leadership qualities and believes he might do political work sometime in the future as well for the Republican Party in the US.

With many trial and error and being short changed in life and problems he remains optimistic and keeps going. This is how he is a multi-talented personality and a Jack of all trades and how a real talented character leaves an impact.