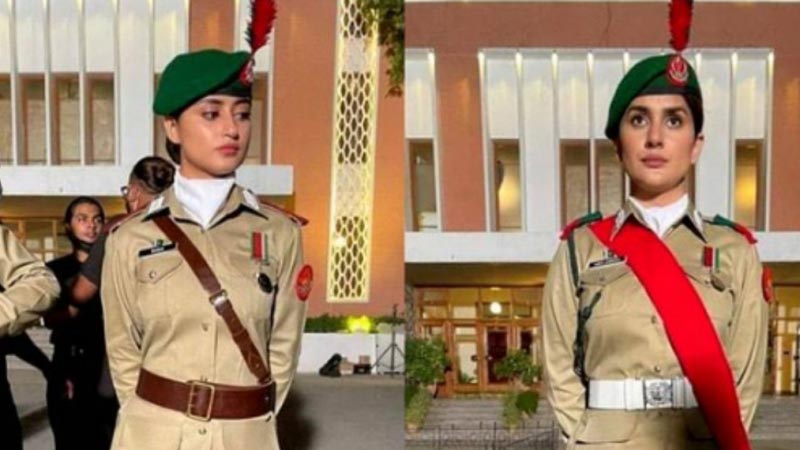 The first look at actress’ Kubra Khan and Sajal Aly in character for the upcoming ‘Sinf-e-Aahan’ has been revealed and is already making waves!

Pictures of Kubra and Sajal dressed up as army cadets for the upcoming show were unveiled online on Sunday and have since left fans more excited than ever! The serial, touted as a female-centric story of five female army cadets, is penned by Umera Ahmed.

Taking to Instagram to share his excitement at joining the ensemble cast, Usman Mukhtar said, “So happy that female-centric narratives are being given space in the industry. I am proud to support the women of steel on this journey.”

The show was first announced by producer Sana Shahnawaz on June. 29, 2021. Presenting the women of steel! Meet the fierce & brilliantly talented cast of Sinf-e-Aahan,” she had said, introducing the stellar female line-up. read more

Director Nadeem Baig is set o direct tSinf-e-Aahan, with the show being produced by Humayun Saeed, Samina Humayun Saeed, Shahzad Nasib, and Sana Shahnawaz of Six Sigma Plus and Next Level Entertainment in collaboration with ISPR. It will air on ARY Digital.