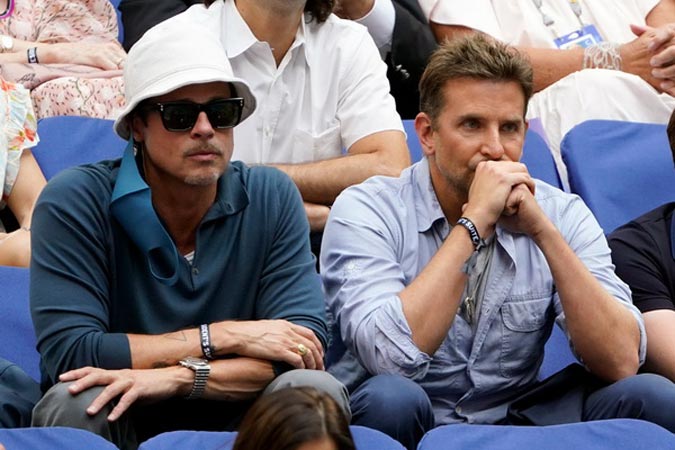 The US Open Men’s Singles final match between Daniil Medvedev and Novak Djokovic was a star-studded affair.

And we do not just mean those two sportsmen. Leonardo DiCaprio, Brad Pitt, and Bradley Cooper were among Hollywood stars who were present in the bleachers, enjoying the match.

Rami Malek, Ben Stiller, and Alec Baldwin were also there.

Photos of the actors were shared widely on social media sites. Dicaprio, 46, arrived at the venue with his girlfriend Camila Morrone, 24. It was difficult to spot Leo at first as he was wearing sunglasses and a mask. On the work front Leonardo DiCaprio, after two years of hiatus, will be seen in science fiction black comedy Don’t Look Up. The starry film also features Jennifer Lawrence, Jonah Hill, Mark Rylance, Tyler Perry, Ron Perlman, Timothée Chalamet, Ariana Grande, Cate Blanchett and Meryl Streep.

DiCaprio will also be seen in Killers of the Flower Moon. Directed by Martin Scorsese, it is a film adaptation of the book of the same name by David Grann. Scorsese will be collaborating with DiCaprio for the sixth time and with De Niro for the tenth time. Killers of the Flower Moon is set in Oklahoma in 1920s and portrays a series of murders of Osage Nation Native Americans that shocked the world.