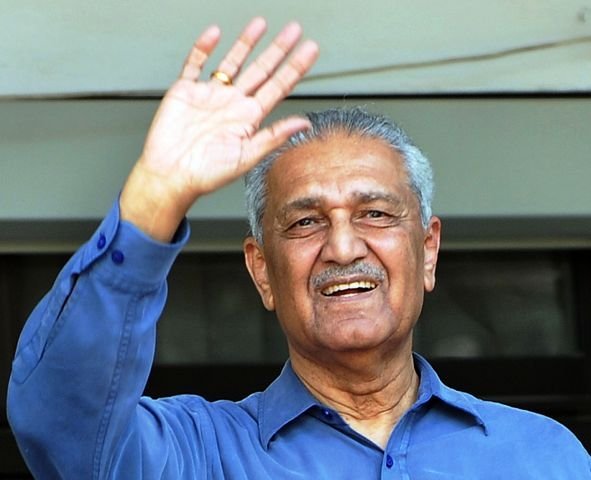 ISLAMABAD:  Pakistani nuclear scientist Dr Abdul Qadeer Khan, who is currently under observation in a hospital, complained on Monday that neither Prime Minister Imran Khan nor any of his cabinet members asked about his health.

“I am quite disappointed that neither the prime minister nor any of his cabinet members has inquired after my health,” Dr Khan said. Dr Khan, who is also considered as Mohsin-i-Pakistan (saviour of Pakistan), said when the whole nation was offering prayers for his early recovery from the ailment not a single government member had even made a telephone call to inquire about his health.

Abdul Qadeer Khan was hospitalized in Khan Research Laboratories Hospital on August 26 after he tested positive for Covid-19. Later, he was shifted to a military hospital in Rawalpindi. Earlier, he was reportedly placed on a ventilator as his health condition collapsed due to the infection. His health is now said to be improving and he is likely to be shifted to his home soon.

“Sometimes they (doctors) give me oxygen and sometimes not,” the nuclear scientist said. He said a team of doctors would make a thorough check-up on Monday (today) and decide whether he would have to stay further in the hospital or could go home.

Meanwhile, on Friday, fake news circulated on social media about the death of Dr Khan. However, Dr Khan in a video message on Saturday said: “Some thankless” people have run the fake news of my death. But I want to tell my fans, lovers and the nation that I am still alive and recovering fast.”

Opposition leader Shehbaz Sharif expressed concerns about Dr Khan in his tweet. “The news of Fakhr-i-Pakistan (pride of Pakistan) Dr Abdul Qadeer Khan being shifted to a ventilator is very disturbing and sad,” he tweeted.