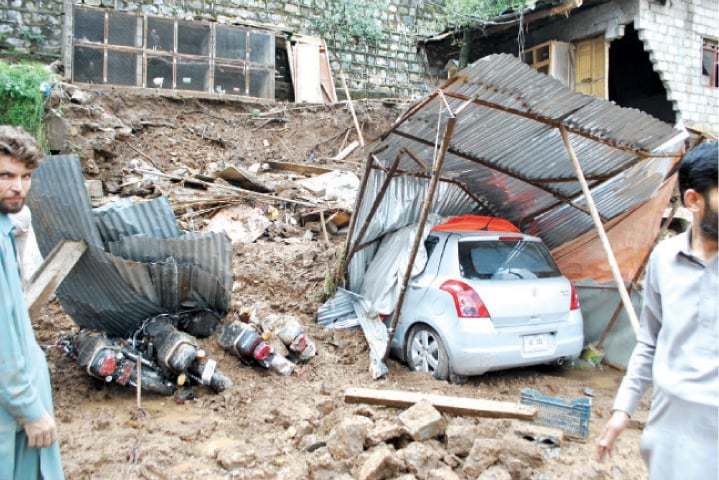 MANSEHRA: As many as 14 have been confirmed dead on Monday after rains and lightning hit the Khyber Pakhtunkhwa’s Torghar region.

According to the report compiled by the Provincial Disaster Management Authority (PDMA), at least 14 people lost their lives and four others were injured in heavy rains and lightning incidents in villae Kunran located in TorGhar district of KP.

The downpour, which started lashing the area on Saturday night, wreaked havoc in the Torghar district as the main Darband-Thakot and many links roads connecting scores of the villages with the Judbah got blocked following heavy landslides.

The provincial government has dispatched relief goods to the affected areas.

On Sunday, the Pakistan Meteorological Department (PMD) forecast moderate to heavy rainfall in various parts of Sindh including Karachi from September 12.

The Pakistan Meteorological Department had predicted thunderstorms with rainfall in lower Sindh, Central Punjab, Islamabad and some parts of Khyber Pakhtunkhwa.

The monsoon low over Rajasthan, India persists with its trough extending up to eastern Sindh, according to the weather report.