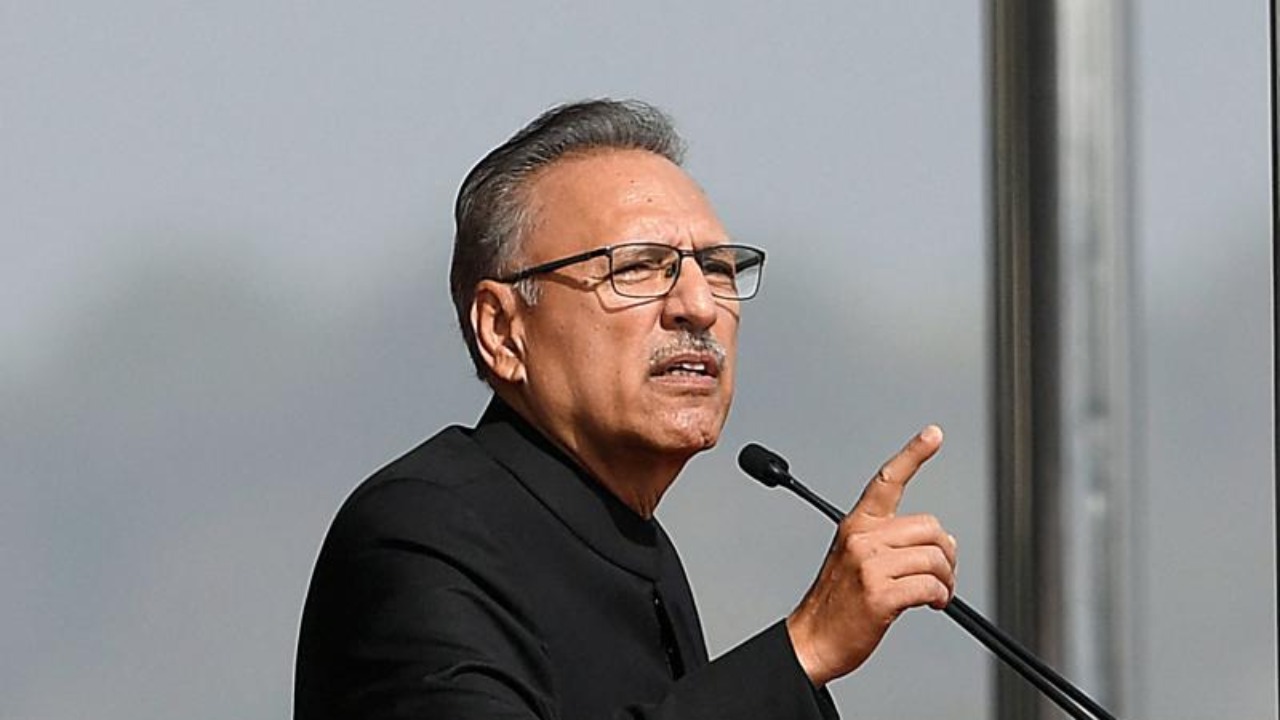 ISLAMABAD: President Arif Alvi will address the joint session of the Parliament today as opposition members and journalists prepared to protest ahead of his speech.

The president has summoned both houses of the Parliament to assemble together in the Parliament House, read a government notification, adding that the decision had been taken by the president in the exercise of his powers under Article 56(3) of the Constitution.

The president will address the joint sitting at the advent of the fourth parliamentary year of the incumbent government.

As per reports, Opposition parties have already planned to disrupt the president’s speech before staging a walk-out and holding demonstrations outside the Parliament House.

Journalists, civil society and other organisations are staging a sit-in protest outside the Parliament against the establishment of the Pakistan Media Development Authority (PMDA).

Heads of various Opposition parties will hold a meeting before the joint session commences. The meeting, which will be chaired by Leader of the opposition in the National Assembly Shahbaz Sharif, will prepare a strategy for the joint sitting’s proceedings.

Opposition parties have lashed out at the government in recent days over what they say are open threats issued by ministers to the Election Commission of Pakistan (ECP).

The ECP and the government have openly disagreed on the issue of the Electronic Voting Machines (EVMs) with the former, not in favour of contesting general elections through it while the latter insists on it.

Of the concerns noted, the ECP wrote to the government a few days ago that there was not enough time for a “large-scale implementation of EVMs in the upcoming election.”

Other challenges identified by the ECP include the issue of lack of secrecy of the ballot, lack of large scale pilot testing and the machines not being financially viable.

The Commission further wrote that the EVMs cannot “prevent rigging like booth capturing”, adding that they were hackable and tamper prone. The software, it highlighted, can also easily be altered.

“It is nearly impossible to ensure that every machine is honest,” the ECP noted. The EVMs cannot prevent low voter turnout, low women voter turnout, vote buying, misuse of state authorities and dishonest voting staff, amongst other things, the Commission had argued.

The ECP also opined that holding polls across Pakistan in a single day, using EVMs, was not possible.

Tensions flared between both sides when Information Minister Fawad Chaudhry held a press conference a couple of days ago to say that no one is satisfied with the ECP because “it comes up with strange logic.”

Chaudhry had said that the PTI-led government had promised to make the ECP free, fair, and transparent, and to that end, a commission for reforms — headed by Justice Nasirul Mulk — was also formed. However, the ECP remains surrounded by controversies due to its “strange logic”.

The minister had said that the PTI government had asked the Opposition to come forward and participate in discussions related to electoral reforms.

“The government wanted to incorporate technology in the electoral process [to ensure transparency], however, it seems like the ECP has become the headquarters for Opposition parties.”

The Pakistan Federal Union of Journalists (PFUJ) has appealed to the journalist community, civil society, human rights groups, trade unions and the people to join the sit-protest.

The protest was staged on the eve of the president of Pakistan’s annual address to the joint sitting of the Senate and National Assembly scheduled for September 13 and will continue till his address during the joint session.

“It is time to demonstrate unity for a common cause. The proposed PMDA will not just be a body to regulate the media sector but will serve as the central censorship office of the state aimed at regulating the freedoms of expression of all citizens of Pakistan,” the statement issued by PFUJ President Shahzada Zulfiqar and General Secretary Nasir Zaidi had said.

The joint action committee of different media organisations that include the Pakistan Broadcasters Association (PBA), All Pakistan Newspapers Society (APNS), Council of Pakistan Newspaper Editors (CPNE), the PFUJ, and the Association of Electronic Media Editors and News Directors (AEMEND) have supported the protest against the proposed PMDA.

All Opposition parties, including the Pakistan Democratic Movement and the PPP, have already rejected the proposed PDMA bill to ban the media, expressing solidarity with journalists and participating in the sit-in.

Off-screen anchors will hold their talk shows at the sit-in site which will continue outside Parliament on the occasion of the joint sitting of Parliament Monday.