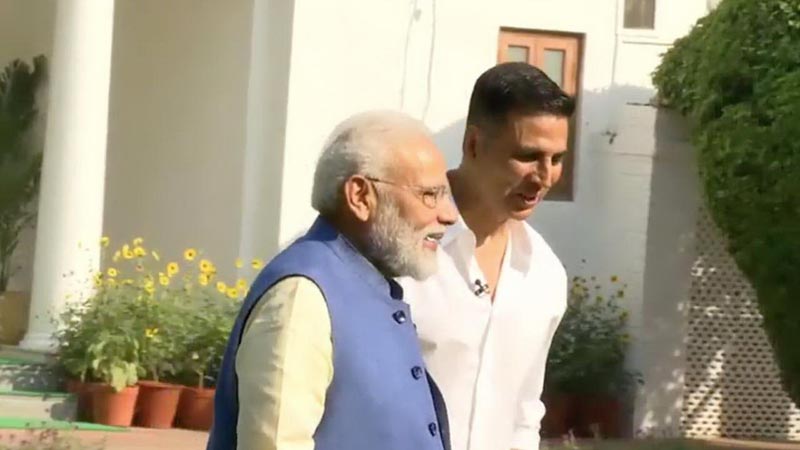 Indian Prime Minister Narendra Modi condoled Bollywood actor Akshay Kumar’s mother Aruna Bhatia’s death with a heartwarming letter on Sunday. The ‘BellBottom’ actor shared a picture of the letter on his social media handles. In the letter, PM Modi lauded Akshay Kumar for the hard work he put into achieving such mountainous success in the film industry. He credited the actor’s good values to his parents, especially his late mother. He wrote, “She ensured you remained kind, compassionate and humble at all times. She also instilled a spirit of service in you, seen repeatedly through your philanthropic initiatives and eagerness to give back to society.” Along with the letter, Akshay penned down a thank you note to PM Modi in the caption. Here’s what he wrote “Humbled by condolence messages on mom’s passing, thankful to all. Grateful to hon’ble PM for this amazing gesture to take out time and express warm feelings for me and my late parents. These comforting words will stay with me forever. Jai Ambe.” Akshay Kumar’s mother, Aruna Bhatia left this world for her heavenly abode on Wednesday. The exact cause of her death is still unknown, although she was admitted to the Intensive Care Unit of Hiranandani Hospital in Mumbai a few days back. Her last rites were performed on the same day in the afternoon at Pawan Hans Crematorium in suburban Mumbai. Many Bollywood big shots including Rohit Shetty, Riteish Deshmukh, Sajid Khan, Bhushan Kumar and Ramesh Taurani among many others paid their last respects. Inconsolable Akshay with his wife Twinkle Khanna, her cousin Karan Kapadia were seen at the funeral. Several celebrities such as Ajay Devgn, Salman Khan, Nimrat Kaur, Dia Mirza, Vindu Dara Singh among others extended condolences and mourned the demise of Akshay’s mother.