* The 63-year-old ‘Boardwalk Empire’ and ‘Reservoir Dogs’ star was a member of Engine Company No. 55 in Manhattan's Little Italy neighbourhood from 1980 to 1984 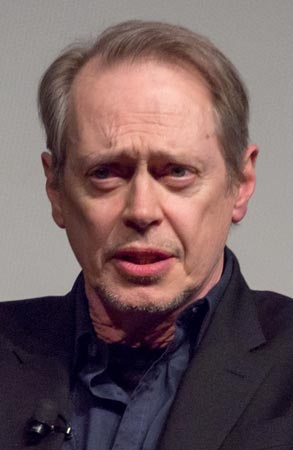 After the deadly terrorist attacks on the World Trade Centre, actor and former New York City firefighter Steve Buscemi headed over to his old firehouse to aid in the rescue efforts at Ground Zero.

Like many witnesses, what he saw at the site still haunts him, 20 years later.

The 63-year-old Boardwalk Empire and Reservoir Dogs star was a member of Engine Company No. 55 in Manhattan’s Little Italy neighbourhood from 1980 to 1984. On Sept. 11, 2001, five of the station’s six men on duty died when the twin towers collapsed and crushed their fire truck, according to The New York Times.

Speaking on an episode of Marc Maron’s WTF podcast, released on Thursday, Sept. 9, Buscemi said that on the day of the 9/11 attacks, he tried calling his old firehouse. He said no one picked up. So a day later, he headed over to volunteer his services.

“I still had my turnout coat and my helmet and I just grabbed those things,” the actor said, adding, “I was driven into the site that day. Walked around for hours and then found my company, found Engine 55 working there, and asked them if I could join them. I could tell they were a little suspicious at first, like, ‘What are you doing here?’ But I worked with them that day.”

Buscemi said the fire captain told him he was welcome to volunteer with the company again, and that he did so for the next few days.

In an article for TIME magazine, also published Thursday, the actor recalled more of what he saw at Ground Zero.

“[I] found a place on a bucket brigade. Instead of water going up, it was rubble coming down,” the actor wrote, regarding what he saw at Ground Zero. “Once in a while a body bag was passed, though none weighed much at all. That was disturbing. The dust? It was more of a nuisance: pulverized concrete and who-knows-what that clogged a face mask, so fast you worked better without one. Somebody’d say, ‘This is probably going to kill us in 20 years.'”

Unlike scores of people who were at or near Ground Zero during and after the attacks, Buscemi said he has not experienced any lingering physical health issues.

“But definitely, post-traumatic stress, absolutely,” he told Maron. “I was only there for like, five days. But when I stopped going and sort of tried to just live my life again, it was really, really hard. I was depressed. I was anxious. I couldn’t make a simple decision. It’s still with me. It’s still, you know, like there are times when I talk about 9/11 and I feel myself and I’m just right back there. I just, I start to get choked up and I realize, ‘Ah, this is still a big part of me.'”

Nearly 3,000 people were killed in the 9/11 attacks, including more than 2,600 at the World Trade Centre. More than 400 of them were first responders.

“So many people who were in New York at that time wanted to help. A lot of people gave blood, but there were just no victims,” Buscemi recalled. “It was just so devastating. And people wanted to volunteer and did, in a lot of ways, did whatever they could. I was privileged enough to have access to the site and to be in the thick of it and to just experience the humanity of what was going on there.”

Buscemi continues to give back. For the past decade or so, he has been working with the charity Friends of Firefighters, which provides free mental health services and counselling to active or retired firefighters and their families.

In 2020, Buscemi played a firefighter in Judd Apatow’s dramedy film The King of Staten Island, starring Pete Davidson as a fictionalized version of himself-the son of New York City firefighter Scott Davidson, who was killed in the line of duty on 9/11. “It was great to be in a movie with Pete Davidson and knowing his real background and then in the film, I’m playing someone who knew his dad,” Buscemi told Maron. “That was really special.”