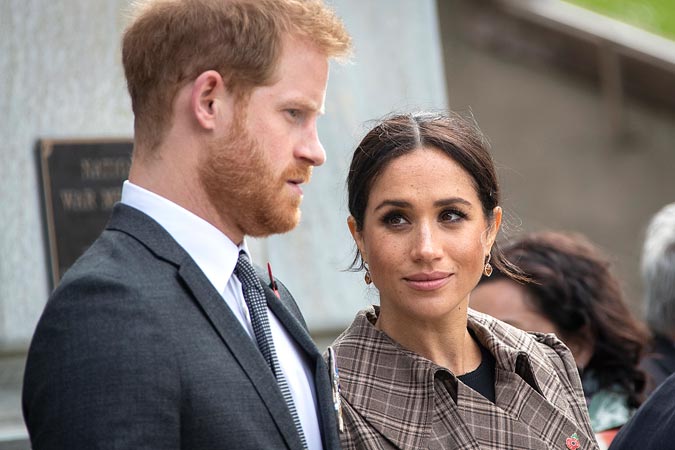 Prince Harry and Meghan Markle are remembering the lives that were lost on Sept. 11, 2001.

Twenty years after terrorists attacked the World Trade Centre in New York City, the horrific event is still embedded in people’s memories. To mark the milestone anniversary of 9/11, the Duke and Duchess of Sussex honoured the nearly 3,000 victims who tragically died.

On Saturday, Sept. 11, the couple blacked out their Archwell website and only displayed the text “In Memoriam: September 11, 2001” on its page with a list of names of those who lost their lives.

Early on Saturday, the queen had the Windsor Castle guards perform the US National Anthem as dozens of people stood by and watched the performance. Afterward, spectators took a moment of silence to pay their respects to the deceased.

Although Queen Elizabeth II wasn’t present for the ceremony, the tribute was touching. In fact, special guest and acting US Ambassador, Philip T Reeker, opened up about the moving commemoration.

“We’re incredibly grateful to the gesture by Her Majesty, the queen,” he told the press. “The playing of our National Anthem today at the Changing of the Guard represents the friendship, the solidary between our two countries,” adding, “I think this has shown that the special relationship remains so crucial to all of us.”

Earlier this week, Queen Elizabeth II issued a statement to US President Joe Biden to express her deepest condolences to the 9/11 victims, as well as to those impacted by the devastating event.

“As we mark the 20th anniversary of the terrible attacks on 11th September 2001, my thoughts and prayers – and those of my family and the entire nation – remain with the victims, survivors and families affected, as well as the first responders and rescue workers called to duty,” the queen’s message read on The Royal Family Instagram account. “My visit to the site of the World Trade Centre in 2010 is held fast in my memory,” her statement continued. “It reminds me that as we honour those from many nations, faith and backgrounds who lost their lives, we also pay tribute to the resilience and determination of the communities who joined together to rebuild.”