PTI in the lead 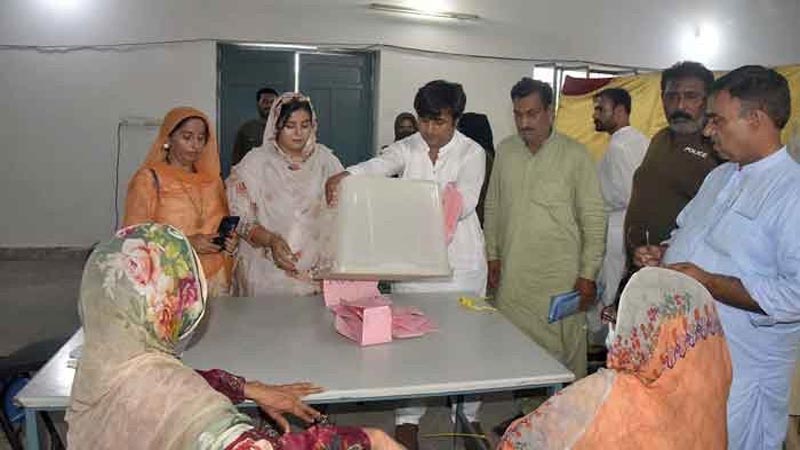 As the results poured in after the end of polling for election on 206 general seats in as many wards of 39 cantonment boards across the country, PTI was in the lead with 67 seats, followed by PML-N which won 52 seats, till the filing of this report.

According to the unofficial results, independent candidates had won 49 seats. Among the opposition parties, PPP grabbed 14 seat, and the Jamaat-e-Islami won seven seats. A total of 1,569 candidates stood for elections in 219 wards of 42 cantonment boards. Of the candidates vying for a total 219 wards, seven candidates have already been elected unopposed. In addition, there is no competition in four wards of Kamra, none in one ward each of Rawalpindi and Pano Aqil. Therefore, polls on Sunday were held in 206 wards.

No major incidents of violence or disruption were reported in what was the first electoral contest at the grassroots level between arch political rivals since the 2018 general elections. Polling started at 8am and continued without any break till 5pm.

Polling remained largely peaceful in cantonments across Punjab, with the provincial election commissioner expressing satisfaction over voting and security arrangements. Authorities decided not to extend the polling time, but voters present inside polling stations were allowed to cast their votes beyond 5pm.

In Multan, a clash broke out between some persons at ward no. 4 but police quickly took control of the situation. The people involved in the fighting were expelled from the polling station and voting resumed. Meanwhile, in Walton Cantonment outside Lahore, polling was postponed in ward no. 7 due to the death of an independent candidate, Sadaqat Mehmood Butt.

The voting process took place smoothly in Khyber Pakhtunkhwa as well and no major violence was reported. KP Inspector General of Police Moazzam Jah Ansari told media that counterfeit polling material had been found in the pockets of some people in Nowshera who were arrested and referred for legal action. The provincial election commissioner, Sharifullah, said the situation was under control and the voting process remained unhindered across KP. He said no MPA or minister was allowed to visit any polling station, adding that he was looking into the reports of a female lawmaker visiting a polling station.

In Balochistan, polling continued uninterrupted between 8am and 5pm in the Quetta, Zhob and Loralai cantonment boards.

At a polling station in Quetta, supporters of the PTI and Hazara Democratic Party (HDP) came to blows after a woman was barred from voting. At least one man was injured in the clash and was shifted to hospital. Police and Frontier Corps personnel dispersed the two groups.

Meanwhile, the district returning officer for Karachi’s Faisal Cantonment ordered law enforcement officials to expel PTI MNA Akram Cheema from the constituency till the end of polling for visiting the constituency and “creating problems [for] voters”.

PPP minister Saeed Ghani shared a video of PTI minister Ali Haider Zaidi visiting a polling station in Karachi’s Faisal Cantt, upon which the Election Commission of Pakistan took notice and issued orders for Zaidi’s expulsion from the NA-244 constituency. Zaidi, in response, challenged the ECP to prove he had visited any polling station other than where he had cast his vote, vowing that he will resign as a minister, and moreover as an MNA if it is proven.

PML-N President Shehbaz Sharif thanked God and the people who had shown the party support through their votes in the polls. “We assure the people that we will not disappoint them and will leave no stone unturned in resolving their hardships and issues,” he said. “We will take the country on the path to development, progress and prosperity with renewed vigour. InshaAllah,” he added.