President may face resistance in his address to joint sitting today 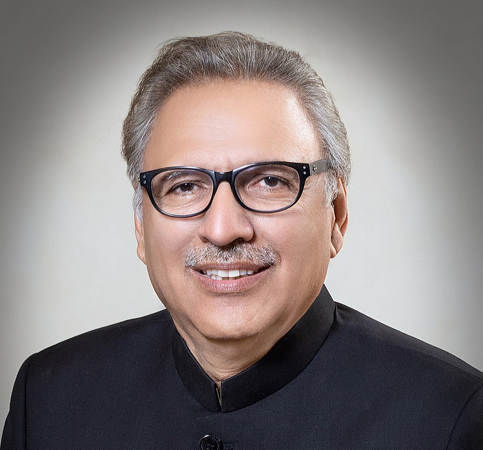 The announcement for convening the joint sitting was released by Parliament media secretariat which stated that besides President and other parliamentarians all provincial chief ministers, governors, Prime Minister Azad Jamu and Kashmir, Governor Gilgit Baltistan and provincial assembly speakers were also especially invited to participate in the session. Moreover, Chief Justice of Pakistan, Auditor General of Pakistan and heads of all constitutional institutions in the country would also make part of the joint session of the parliament as per invitation issued by the Parliament secretary office.

The statement said that it has been notified that the strict compliance of the COVID-19 SOPs would be practiced at parliament during the session.

The decision to convene the joint sitting of the two houses of parliament for the constitutionally mandatory presidential address was made at a meeting between the Adviser to the Prime Minister on Parliamentary Affairs Babar Awan and National Assembly Speaker Asad Qaiser.

Federal Minister for Inter-Provincial Coordination and former NA speaker Dr Fehmida Mirza and Federal Minister for Planning and Development Asad Umar also joined the meeting in which the new calendar for the fourth parliamentary year was also reviewed.

Speaker Asad Qaiser stressed the need for bringing pending laws, especially those related to public welfare, to assembly for passage on priority basis. He said performance of the NA during its third year was “commendable” and the credit for it went to lawmakers of the treasury and the opposition benches.

On the other hand the journalists’ bodies hold a “Freedom of Press Rally” on Sunday that commenced from the National Press Club and culminated in front of the Parliament House. As per announcement, the rally would be converted into a 24-hour sit-in to protest against the frequent physical attacks on journalists, other discriminations with media workers and the government’s proposal to set up Pakistan Media Development Authority (PMDA) to regulate print, electronic and social media.

A meeting of the Rawalpindi-Islamabad Union of Journalists (RIUJ) was held the previous week which decided to hold a sit-in on September 13 during the presidential address.

Some prominent TV anchor persons hold talk shows from the site of the sit-in. The symbolic sit-in will end after the President’s address.

Through the proposed law seeking to set up the PMDA, the government wants to regulate films, electronic, print and digital media, including Web TV and news websites, while repealing all the current media-related laws. A joint committee of the media organizations in the country had already unanimously rejected the government’s attempt to establish the PMDA.

The committee comprising the Council of Pakistan Newspaper Editors, All Pakistan Newspapers Society, Pakistan Broadcasters Association, Pakistan Federal Union of Journalists and Association of Electronic Media Editors and News Directors in a statement had declared that it was planning to invite all human rights groups, lawyers and other sections of civil society to join hands in stopping the outrageous move by the government to put more curbs on the media. Besides journalists and media organizations, the opposition parties have also vowed to resist the move to set up the PMDA, terming it an attempt to further gag the media and voices of dissent. As per sources, the opposition parties were also considering the option of lodging a strong protest during the presidential address.

The PTI government had been reluctant to convene the joint sitting of the parliament due to the unclear situation in Afghanistan and the protest call given by the country’s journalist organizations to stage a sit-in. According to the sources, the government had previously decided to hold the joint sitting in the first week of September, but postponed it in the wake of the constant demand from the opposition for a thorough parliamentary debate on the situation in Afghanistan after the August 15 Taliban takeover of Kabul.

The mandatory address of the President under Article 56(3) of the Constitution has been due since August 13, the starting date of the new parliamentary year.