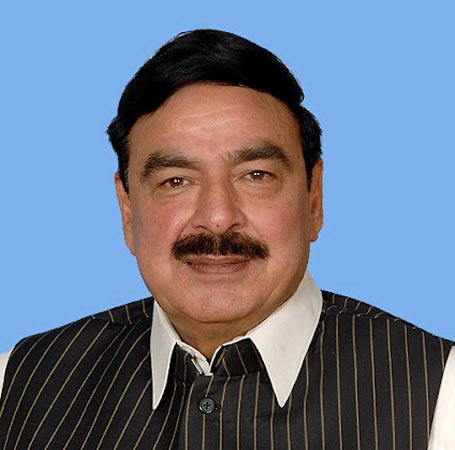 Interior Minister Sheikh Rasheed Ahmed on Sunday said that the world desires Afghanistan to become Scandinavia in eight days as the seizure of Afghan accounts is not a sensible thinking and it could create humanitarian crisis.

“We should hope that Taliban would take steps with the world and would not allow terrorist outfits TTP or Daesh to use their land as they had said,” he said while addressing a

Sheikh Rasheed Ahmed said that intelligence chiefs of eight countries visited Pakistan on Saturday, including that of two superpowers. He stated this while holding a press conference at a local hotel here.

In the present circumstances, no desire of India be fulfilled and no bloodshed occurred. He said that Indian media shouting to impose ban on Pakistan. He said that Narendra Modi’s media leveling baseless allegations against Pakistan Army on Panjsher’s fabricated stories and airing baseless news stories. It should bear in mind that Pakistan’s interest in Afghanistan was only peace, stability and development.

‘Indian media is based 80 to 85 percent on lies,’ he said adding that Pakistan Army had protected its board to avoid any terrorism activity.

He said that Pakistan had great significance geographically in the region. Pakistan would also talk to the world on peace.

The Interior minister said, ‘We facilitated Mula Biradran to sit with Americans at tables for the cause of peace.’

The United States left Afghanistan by signing an agreement and Pakistan did not sign any signature on that. We did not guide them to do anything but we are only facilitator of peace, he said.