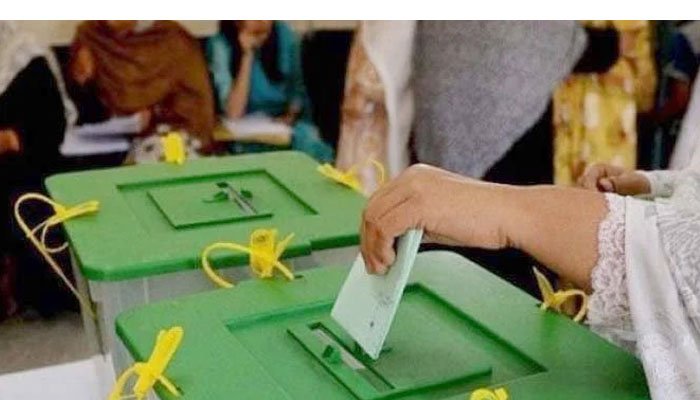 ISLAMABAD: Voting is underway in 41 cantonment boards across Pakistan, with 1,560 candidates contesting against each other in 206 wards. The polling began at 8am and will continue until 5pm without any interruptions. Seven candidates have been elected unopposed so far. The election will not take place in Kamra Cantonment Board, while polls have been postponed in one ward each in Rawalpindi and Pano Aqil.

Therefore, of the 114 of Punjab’s cantonment boards, polling will take place in 110, the Election Commission said. Meanwhile, in Kamra Cantonment Board, no candidate has filed nomination papers in all four of the wards and therefore, polling will not take place there.

It is pertinent to mention here that not a single woman candidate is contesting elections in Lahore. However, 357 polling stations have been set up for 606,628 voters in the city. 269 candidates are contesting elections for 20 wards in Lahore. Out of the total, 241 polling stations have been declared sensitive and 44 most sensitive.  As many as 923 candidates will take part in elections across Punjab.

In Quetta, 35 candidates are contesting for five wards. 31 polling stations have been sut up for 28,945 voters. In total,  15,346 male and 13,599 female voters will exercise their democratic right in the city today. In Karachi, pollling is underway across 42 wards of six cantonment boards. A total 350 candidates are contesting elections in the metropolis. The administration has set up 288 polling statlions for the polling process in the city.

Meanwhile, elections are underway in 10 wards each in Gujranwala, Hyderabad, Sargodha and Abbottabad and seven wards of Multan and in other cities. According to the Punjab Election Commission, polling has been postponed in Ward No 7 of Walton Cantt Board due to sudden death of independent candidate Saddaqat Mahmood Butt. A new date for the polling will be announced later, said the election commission.

The polling process was suspended briefly at a polling station in Multan’s ward number 4 after scuffle broke out between the supporters of rival candidates. After the clash, the law enforcers controlled the situation and resumed the polling process.

Hours after the polling began; two fake polling agents were arrested from a women’s polling station in Clifton’s ward number 4 in Karachi. The women impersonating as polling agents reached at the polling station without the required documents.  Just two days before the elections, tension prevailed in the Gulistan-e-Jauhar area of Karachi after members of two political parties — the PTI and the PSP  clashed Friday night.

The incident took place when workers of the PTI and the PSP were held rallies ahead of the upcoming elections.