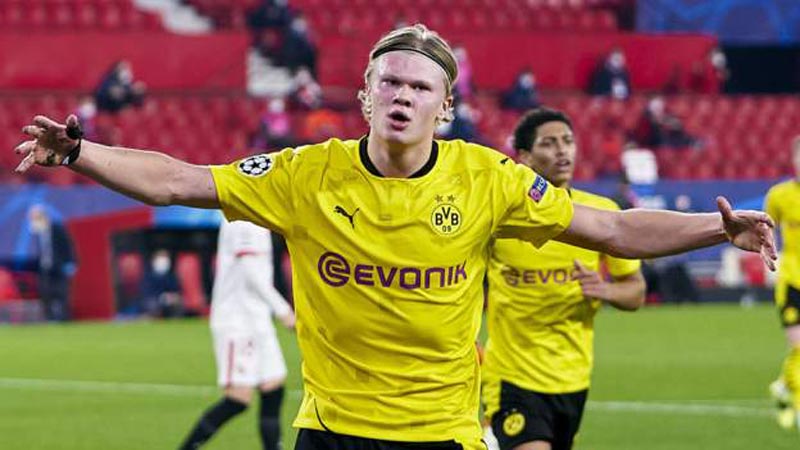 LEIPZIG: Erling Braut Haaland scored two goals Saturday as Borussia Dortmund twice came from behind to seal a thrilling 4-3 win at Bayer Leverkusen to go second in the Bundesliga on goal difference.He has now scored eight goals in his last five games for club and country having also netted a hat-trick against Gibraltar in a World Cup qualifier.The 21-year-old scored five times in three qualifiers over the last ten days having also netted for Dortmund in a 3-2 win over Hoffenheim a fortnight ago. Haaland has scored 13 goals this season — five for Norway and eight for Dortmund.In Leverkusen, Germany international Florian Wirtz put the hosts ahead, then set up team-mate Patrick Schick for their side’s second to make it 2-1 at the break after Haaland had earlier headed Dortmund level.Haaland then set up Julian Brandt to put Dortmund on level terms early in the second half only for Leverkusen’s French winger Moussa Diaby to put the hosts 3-2 up with 35 minutes left.Dortmund levelled for a third time through Raphael Guerreiro before Haaland put the visitors ahead 13 minutes before the whistle when he converted a penalty after a foul on Marco Reus.