Chinese enterprises asked to benefit from investment-friendly environment in Pakistan 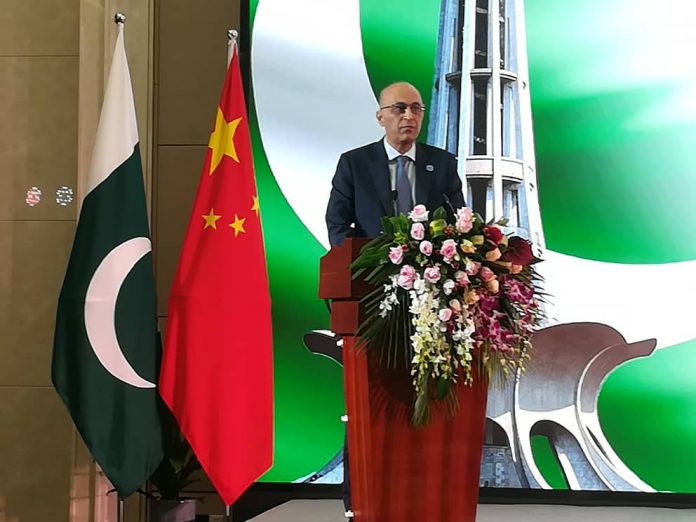 NANNING: Pakistan Ambassador to China, Moin ul Haque on Saturday invited the leading Chinese entrepreneurs to come and take advantage of a conducive and investment-friendly environment and a number of incentives offered by the government in Pakistan.

“A number of ongoing and planned projects being completed under China-Pakistan Economic Corridor (CPEC) provide tremendous investment opportunities for the Chinese companies,” he made these remarks while addressing the participants of the China-Pakistan Trade and Business Forum held on the sidelines of China-ASEAN Expo being held in Nanning, China’s Guangxi Region.

Ambassador Haque said that China is the largest source of foreign direct investment and the multi-billion dollar CPEC, a flagship project of Belt and Road Initiative is moving smoothly and transforming the socio-economic landscape of Pakistan. “After the up-gradation of infrastructure, transportation, and energy project during the first phase of the CPEC, our focus is now on the industrialization, science and technology, socio-economic development and poverty alleviation, etc,” he added.

There are vast investment opportunities in the special economic zones being developed under the CPEC, out of which three have already been developed. Ambassador Haque said that the present government has decided to shift its focus to geo-economics making Pakistan a hub of economic activities and regional connectivity.

Sharing certain unique aspects about Pakistan, he said that Pakistan’s geographical location, growth potential, and conducive policies offered by the government make it an attractive destination for the overseas investment, especially for Chinese enterprises. He said that Pakistan shares borders with China and the country is at the crossroads of South Asian, Central Asian and Western nations, and has the potential to act as bridge.

Pakistan has 220 million people, fast-growing middle class and 60% of its young population offers good prospects.
Pakistan is rich in natural resources such as gold, marble, gemstones, copper, chromite, gold, and vast and it has also untapped reservoirs of oil and gas.

Ambassador Haque informed the businessmen that Pakistan has a strong agricultural base and fertile land and is among the top 10 countries particularly in the production of cotton, sugar cane, rice, and wheat.
With investments from China in the agriculture sector, it can become a very important source of food supplier to the Chinese market.

He said that the present government offers very attractive and liberalized policies for foreign investors and also allows them to export their goods to other countries as well. About the business and investment forum, he said that it has been organized as part of the celebrations of the 70th anniversary of the establishment of diplomatic relations between Pakistan and China. Ambassador Haque also expressed gratitude to the Chinese side for inviting Pakistan as a special partner country to the China-ASEAN Expo for the second time.

He said that Pakistan Pavilion set up in the exhibition area of the expo would lead to further expand trade and business cooperation between Pakistan, China and other ASEAN countries. Regarding Pakistan- China trade, he said that it has register rapid growth. Today, China is Pakistan’s largest trading partner. Last year, with the launch of the second phase of the China-Pakistan Free Trade Agreement, various goods from the two countries have access to each other’s market.

In the first half of this year, Pakistan’s exports to China increased by 88%, while our bilateral trade with Gunagxi region increased by 50% as compared to last year, and exports to Guangxi also increased by 350 percent, he added. Speaking on the occasion, Vice Governor of Guangxi Autonomous Region, Liu Hongwu said that Pakistan and China have long history of relations and friendship. Both countries helped each other in the time of need. He said that high-quality China Pakistan Economic Corridor is a unique example of economic cooperation between the two countries.

The vice governor offered cooperation in field of agriculture, science and technology, education, and people-to-people exchanges. He expressed the confidence that China-ASEAN Expo would provide more opportunities to Pakistan enterprises to enter into Chinese and ASEAN countries markets. Vice-Minister of Commerce of China, Ren Hongbin said that the friendship between Pakistan and China is time-tested and has been growing with the passage of time.

He mentioned Pakistan’s support to China in different times and said Pakistan recognized the new China in early years and helped China during natural calamities particularly the earthquakes. China is the largest trading partner of Pakisan and has made investment in Pakistan’s different mega projects such as Gwadar Port, Peshawar-Karachi Motorway, Orange Line and Karakuram Highway project etc which have injected a new impetus to relationship between the two countries.

Chinese Ambassador to Pakistan, Nong Rong sent a video message to the forum and hoped that Chinese enterpirse would make a good use of the CAEXPO platform and strengthen coopeation, unleash the potential and promote development of economic and trade cooperation between China and Pakistan in a deep and wide ranging way. Syed Hamid Ali, Additional Secretary, Ministry of Commerce addressed the audience via video link.

A signing ceremony of MoU on Friendly Cooperation with the CAEXPO Supporting Chamber of Commerce of Special Partner Country and Agreement on Pakistan Pavilion of the China-ASEAN Mercantile Exchange was held via video link. A video on achievements in bilateral cooperation between the two countries over the past seven decades was also screened. 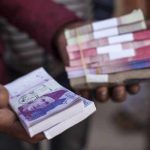 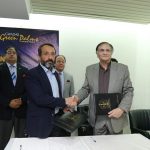