Pakistani films and cinema under spotlight 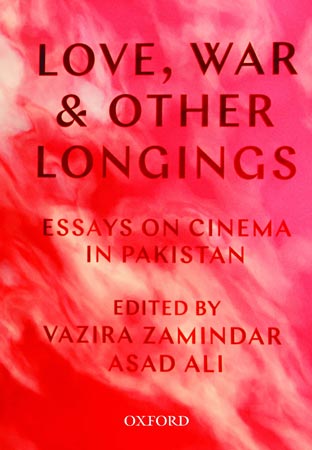 Essays on Cinema in Pakistan

Has there been a ‘revival’ of Pakistani cinema? Or can the very question be put to scrutiny? Can we think beyond a national cinema, and instead simply think with films to explore the fraught politics and aspirations of our times? Love, War & Other Longings brings together historians, anthropologists, artists, and film-makers to offer new lines of enquiry that probe the tensions between cinema’s past and present, absences and the archive, seduction and respectability, class and consumption, as well as genre and censorship. At times experimental in form, the essays seek to draw readers into conversations that engage political theory and postcolonial history and become part of ongoing writing, thinking, and the making of films in Pakistan and the global south more broadly. 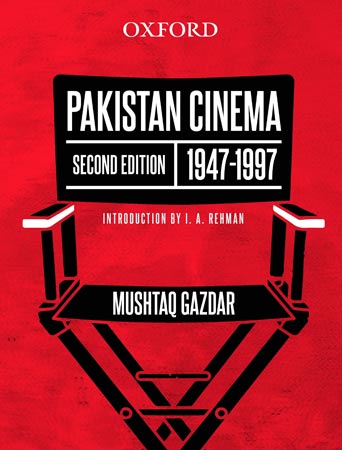 First published in 1997 to commemorate the fiftieth anniversary of the creation of Pakistan, the book features a review of films before Partition, plots of great cinema classics, trivia, and cinema lore. It contains anecdotes and reminiscences about the people who shaped the entertainment industry, as well as interviews with directors and producers. But alongside the trivia is a clever synthesis juxtaposing the artistic development of the cinematic world with the overall social development in the country. It shows how the narrow self-interest of the ruling clique clashed with the creative potential of the artistic world, stifling originality and all but destroying the film industry. The narrative is punctuated with over a hundred photographs and contains an index of all the films made to date. In this second edition of Mushtaq Gazdar’s seminal work, I. A. Rehman, Haris Gazdar, and Aisha Gazdar provide an overview of the two decades since, marking seventy years of the country’s film industry. The filmography has also been updated to include the last two decades. 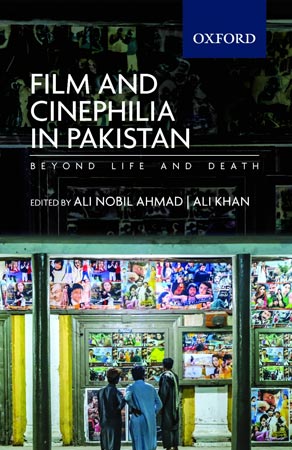 Film and Cinephilia in Pakistan

Beyond Life and Death

This volume is a carefully curated selection of recently published academic research, critical essays, translations, and interviews on Pakistani cinema. Indispensable for film enthusiasts, students, and scholars of cinema in Pakistan and beyond, it brings cutting edge works previously trapped behind paywalls together with neglected writings by figures such as Manto, Faiz Ahmed Faiz, and Muhammad Hasan Askari. Certain to become a classic in the burgeoning field of South Asian film and media studies, its scope encompasses past and present complexities of filmmaking, distribution, and cinephilia in a country whose rich cinematic heritage is just beginning to be appreciated. 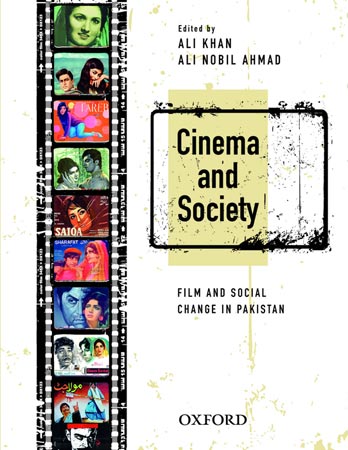 The first of its kind, this book presents a wide selection of scholarly research, literary essays, memoirs, polemics, journalistic writings, and rare visual material relating to film and cinephilia in Pakistan. Much of the content is historically significant and includes annotated abridgements of rare and out-of-print publications on the film industry’s early years in Lahore, Karachi, and Dhaka. Broad in temporal scope, Cinema and Society encompasses the ‘golden age’ of Urdu cinema, Punjabi and Pashto popular film since the 1980s, as well as more recent developments relating to the ‘revival’ of filmmaking in Pakistan. Aesthetics, technology and cinematic form are addressed in studies of individual films as well as wider explorations of diverse genres such as melodrama, horror, and action. Film content, production, exhibition, and distribution are analysed in relation to political, historical, and social change. Of the numerous issues tackled, nationalism, class, religious identity, violence, gender and sexuality, language, ethnicity, and urbanization are just a few. Also noteworthy are discussions of Indian cinema from a Pakistani perspective and the placement of film within its broader relationship to literature, theatre, music, and other media. Together with richly evocative photo essays that document the little known working lives of filmmaking casts and crews, Cinema and Society establishes Pakistani film and cinephilia as national and regional phenomena worthy of global attention. 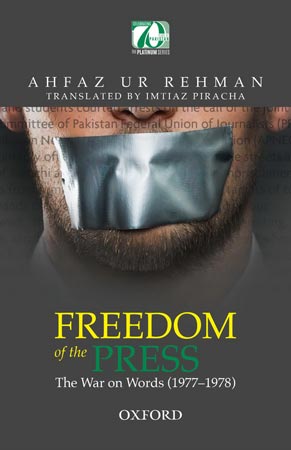 Freedom of the Press

The War on Words

An English translation of the Urdu book Sab Sai Bari Jang, this is an honest, accurate, and concise account of the days of turmoil and struggle when President General Ziaul Haq had enacted a series of draconian laws in order to suppress freedom of expression and free press. They left an indelible mark on the history of the press in Pakistan. The struggle of some journalists against repressive rule has contributed in revamping the overall nature of movements for the freedom of expression, free media, and a free press in Pakistan. This book can be regarded as a vital historical account for future generations enabling them to learn from the heroic struggles of people of conscience who employed the power of their pens to combat the forces of oppression.