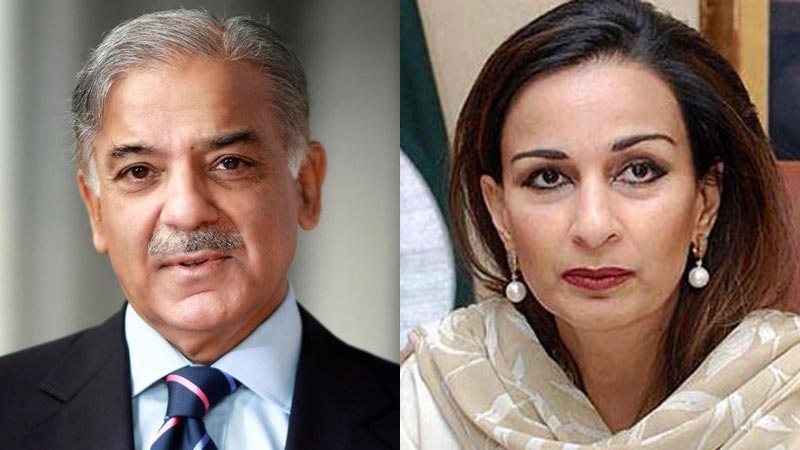 Opposition parties on Friday expressed concerns over accusing Election Commission of Pakistan (ECP) of taking money during the elections.

PMLN President and National Assembly Opposition Leader Shehbaz Sharif strongly condemned the threatening tone of the government in the meeting of Senate’s Committee for Parliamentary Affairs. In a statement, Shehbaz said the government is left with threats over the electronic voting machines issue because they have no valid argument. “This government has stooped down to threats over elections after the opposition rejected the idea of EVMs, he said. This proves that this government had no answer to the objections raised over the technical and procedural workings of the EVMs,” he said.

Shehbaz said the Electiom Commission has raised solid and clear objections regarding technical and operational problems associated with the EVMs which raises the issue of transparency and the government had no answer. He said the government bulldozed the legislation in the Parliament and on Friday Election Commission representatives had to walk out over the attitude of the government representatives. Shehbaz said the threat by ministers to set institutions on fire and send them to hell reflects terrorism and was highly condemnable. This, terrorising and threatening, he said was the nature of PTI.

He said how can legislative ability and seriousness of a government be trusted when it cannot respond to valid objections in parliamentary committee meeting. PMLN held 100 consultative parliamentary meetings over electoral reforms with patience and conviction to address all concerns but the PTI government couldn’t even show patience over one meeting. The only way PTI knows about interaction with opposition is to throw them behind bars whenever they object to anything or raise a valid question, Shehbaz said.

Meanwhile, the Pakistan People’s Party (PPP) expressed its reservation over accusation against the election commission. PPP leader Sherry Rehman said that the government is not ready to accept 37 objections and wants to exercise its full will in the elections.

Earlier, officials of the Election Commission of Pakistan (ECP) walked out of a meeting of the Senate Standing Committee on Parliamentary Affairs after federal minister Azam Swati levelled serious allegations against the commission of taking bribes. The debate on the usage of electronic voting machines for the next general elections turned hostile Friday when a session of the committee was held under the chair of Senator Taj Haider.

The opposition senators said that Swati cannot accuse a constitutional body of taking bribes, and asked the senator to provide proof to back his claim. Swati then added that such institutions conduct all elections through rigging and should be burned down. At this, the ECP officials walked out in protest.

Senator Taj Haider presented an amendment for approval on EVMs. Azam Swati protested against Haider, accusing him of not allowing Senator Samina Mumtaz to cast her vote. “You are not taking our lawmaker online so that she can cast her vote,” he said. “We are walking out in protest,” he added, and representatives of the government left the meeting. The committee proceeded to vote on amendments to the Election Act in their absence. The committee shot down the use of electronic voting machines and also rejected an amendment relating to the I-voting of overseas Pakistanis.