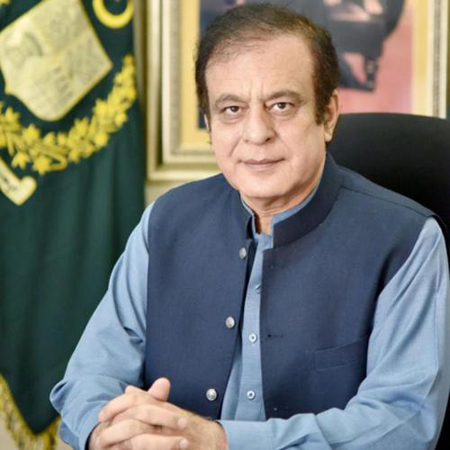 Any person who can hack the locally manufactured electronic voting machine (EVM) will get Rs1 million, Minister for Science and Technology Shibli Faraz announced Friday. “We will challenge hackers to hack the electronic voting machine and if they can hack it, we will give them an award of Rs1 million,” the science minister told journalists. He said there was “no easier way to cast a vote” than the EVM and the Election Commission of Pakistan (ECP) should not put itself in a “controversial position”. Faraz told the media that 400,000 machines had been produced locally and the cost of manufacturing per machine was estimated between Rs75,000-70,000. The 27 out of the 37 points that the ECP had highlighted in a document submitted to the Senate Standing Committee on Parliamentary Affairs are a “charge sheet” against it, he said. “The election commission does not want to conduct elections via EVM.” Two days back, addressing a press conference in Islamabad, Faraz said that the ECP had neither rejected the EVM nor approved it. The federal minister said people who had won elections through “rigging” do not want electronic voting machines to be used during polls. Faraz mentioned the ECP had sent a 37-point objection letter to the government, and in it, as many as 27 points were not related to EVMs — they were about the ECP’s capacity to use them. “Only 10 points were in direct objection to the electronic voting machine […] 27 other points relate to the election commission’s capacity to use them,” he said.