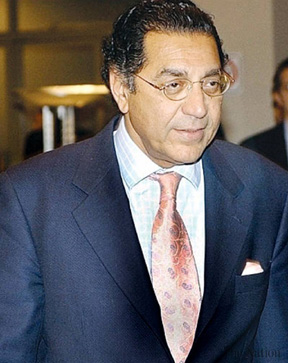 UNITED NATIONS: A top Pakistani diplomat has urged the international community to develop an agreed approach to respond to the “new realities” in Afghanistan and help restore peace and stability in the war-torn country where he said the humanitarian situation was “dire.”

“A fractured and competitive approach will squander the opportunity of promoting peace, security and prosperity in Afghanistan and the entire region”, Ambassador Munir Akram told the UN Security Council on Thursday.

At the outset of his remarks, he thanked Ireland, the current president of the 15-member Council, for ensuring the participation of Pakistan and other neighbours of Afghanistan in Thursday’s debate on the situation in the country. India had denied their requests for participation in the meetings on Afghanistan during its presidency in the month of August.

“Due to coronavirus pandemic, conflict, and failure of the past governments as well as their corruption, the humanitarian situation in Afghanistan is dire, with nearly 18 million Afghans in need of urgent assistance,” the Pakistani envoy told the Security Council.

“We must prevent the situation from deteriorating any further which could trigger a huge outflow of refugees and complicate the prospects of building peace and security.”

In this regard, Ambassador Akram endorsed the call by Deborah Lyons, UN Special Representative and head of the UN’s assistance mission in Afghanistan, who opened the debate, for Afghanistan’s access to its financial resources which he said was essential to prevent further exacerbation of the fragile economic situation and the collapse of its economy. He also welcomed UN Secretary-General Antonio Guterres’ move to convene an international aid conference in Geneva on Sept. 13 and urged the world community to donate generously.

“Today, Afghanistan stands at a critical juncture in its history,” Ambassador Akram said. “The Afghan people can, with the support of the international community, restore peace and revive the prospects of development.”

Despite the fragility of the situation in Afghanistan, he pointed out, the fear of bloodshed has been averted so far. He hoped that the “acting government” in Kabul will succeed in establishing law and order and a sense of security in the country, restore basic services to the people and enable the timely distribution of international humanitarian assistance in coordination with the UN and its agencies.

Pakistan, he said, has so far helped to evacuate over 12,000 individuals from 30 countries from Afghanistan, including diplomatic personnel and staff of international organizations.

“We hope that all future evacuations will be well organized and orderly, in consultation with the acting government in Kabul,” the Pakistani envoy said, emphasizing the need not to create a sense of fear that is likely to generate a flood of refugees from Afghanistan, as the country needs its skilled people to stay and rebuild it.

Instability or economic collapse will perpetuate conflict and prolong the suffering of Afghan people, he said, adding that such a situation will benefit no one except those who see continued conflict in Afghanistan as an opportunity to utilize turmoil to sponsor terrorism from its territory.

Underlining the crucial role the United Nations Assistance Mission in Afghanistan (UNAMA) as well as other UN agencies play in ensuring timely delivery of humanitarian aid to those in need, Ambassador Akram urged the acting government in Kabul to allow full and unhindered access to them and ensure the safety of the UN personnel and other humanitarian workers.

On its part, he said, Pakistan, in coordination with the UN agencies, has established a “humanitarian air bridge” for the provision of supplies of essential food and medical items to Afghanistan and is immediately dispatching three plane-loads of food and medicines. As a country most severely impacted by the consequences of the conflict in Afghanistan, he said peace and stability there is an imperative for Pakistan.

“The threat posed by terrorist groups, must be addressed comprehensively and cooperatively,” Ambassador Akram said, pointing out that Pakistan has endured hundreds of terrorist attacks by the TTP (Tehrik-i-Taliban Pakistan) , which were sponsored by hostile intelligence agencies.

“We will work with the authorities in Kabul and the international community to put a halt to TTP terrorism, as well as other terrorist organizations present in Afghanistan,” he added. Earlier, Ms. Lyons, the UN Special Representative in Afghanistan, said the world will urgently need to devise a “modus vivendi” to allow billions of dollars in frozen donor funds, to flow into Afghanistan’s fragile economy.

At the same time, she voiced disappointment that no women, minority representatives or non-Taliban individuals have been named as part of the de facto Government.

Citing reports of reprisal killings, crackdowns on women’s freedoms and other rights violations by the country’s new Taliban-led administration, Ms. Lyons added that the UN will also need to decide how to engage with high-level members of the Taliban’s de facto Government – including the newly named prime minister, two deputy prime ministers and foreign minister – who are currently on UN sanctions lists.

Amidst additional reports that girls’ access to education is once again becoming limited, the Security Council also heard an urgent briefing by Malala Yousafzai, the Pakistani activist, Nobel Prize recipient and founder of the Malala Fund, who called for speaking with one voice in favour of Afghan women’s rights.