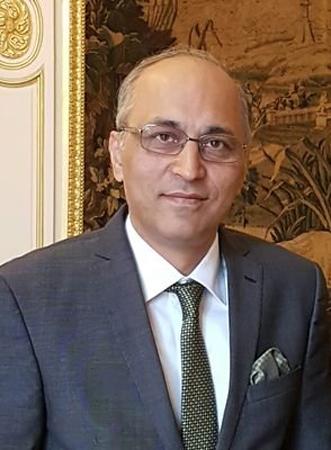 Speaking at the plaque unveiling ceremony, the ambassador said that the pavilion would play a key role in promoting the trade ties between China and other ASEAN countries. He said that Pakistan is participating in China-ASEAN Expo as a special partner country for the second time which is indeed an honour.

“Pakistan and China are celebrating the 70th anniversary of the establishment of diplomatic relations this year and both countries are organising different events to further promote their bilateral relations and friendship,” he added.

About the China-ASEAN Expo scheduled to start on Friday, he said that it has a great importance as it is one of the three premier expos in China.

He informed that President Dr Arif Alvi will address the opening ceremony via video message.

“We are also organising a very important trade and investment seminar on Saturday to invite local traders and entrepreneurs for investment in Pakistan.”

He said that participation of Pakistan at the China-ASEAN Expo has a great significance and added, approximately 20 Pakistani traders are showcasing the Pakistani products.

“We would like to establish a stronger relationship with the traders in the Guangxi Zhuang region and I have discussed ways and means with the vice governor of Guangxi autonomous region of China,” he added. He said that Pakistan also intends to have sister cities and sister provinces with Guangxi in near future.

“We will encourage the investors from Guangxi to invest in Pakistan, and we hope that we’ll be able to develop more people to people and cultural ties,” he added.

Talking to APP, he expressed his happiness over Pakistan’s participation in 18th edition of China-ASEAN Expo and said, “This is the second time that Pakistan has been invited to participate as a guest country and this is very important because this year China and Pakistan are also celebrating 70 years of the establishment of diplomatic relations.

“We have dedicated our participation in China-ASEAN Expo this year to our 70 years journey with China,” he added.

Ambassador Haque said that Pakistan has also very important historical, political, cultural, and economic ties with ASEAN countries. And, so in that respect, I think that participation in this extraordinary China-ASEAN Expo would help Pakistan to enhance trade with these countries having approximately 2 billion population and nearly $18 trillion of GDP.”

He said that with China-ASEAN free trade agreement, the expo provides very large opportunities to Pakistani traders and businessmen and hoped that the participation of Pakistan in the China-ASEAN expo will be a triangular cooperation between Pakistan, China and ASEAN countries. In his welcome speech, Wang Xiaodong, member of the standing committee of CPC Guangxi Zhuang autonomous region committee, party secretary of CPC nanning municipal committee said that this pavilion would help Pakistan to sell its products especially carpets, furniture and textile.

He expressed the confidence that the pavilion would fully showcase the national image of Pakistan.