TikTok is a source of happiness and income for many: Ushna 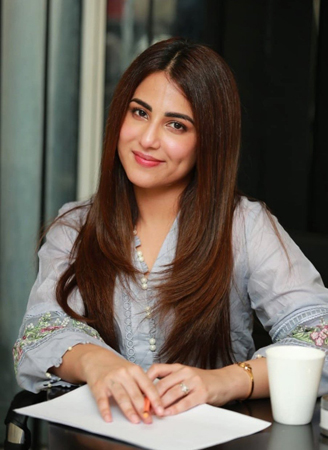 Pakistani actress Ushna Shah says that in a developing country like Pakistan, serious issues are not considered at institutional level and all focus lies on banning the apps that are a source of happiness and income for many.

The Punjab Nahi Jaungi actor raised the issue through her statement at a time when the world’s most popular short-form video app TikTok, that has faced multiple bans before, is currently under its fourth ban in Pakistan.

“In a developing country like ours, serious prevalent problems existing in our society like safety of women, marginalized communities, and animal abuse are hardly focused on at institutional levels,” she said.

She further added that all the focus is on repeatedly banning an app that happens to be a source of happiness and income for so many. “TikTok is hardly a problem, if anything, it is a part of the solution providing people creative relief,” said the film and TV actress Ushna.

It is pertinent to mention that before the short-form video app was banned in the country, it had been providing opportunities to creators to collaborate with some of Pakistan’s most popular brands to create content around food, sports, tech, education, DIY and music.

Ushna is very vocal about women’s rights and safety and talked about it on multiple occasions. She urges the institutions to focus on making Pakistan a safe place for women.