* It seems that Priyanka is playing a bookstore owner who is aiding Neo in his journey, with a copy of Alice in Wonderland 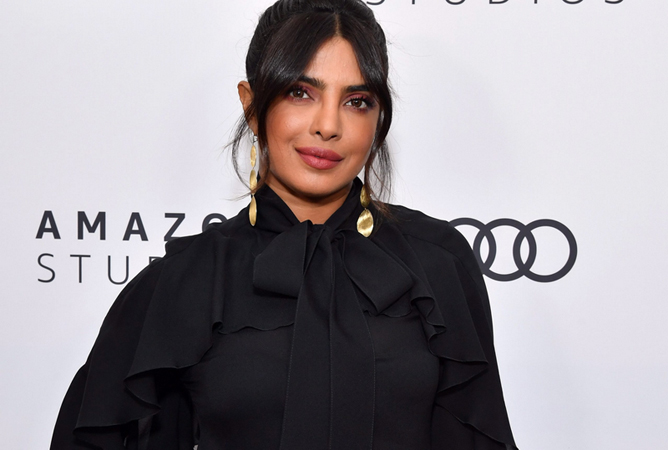 Actress Priyanka Chopra Jonas has dropped the trailer of her upcoming Hollywood film ‘The Matrix: Resurrections’ on Instagram.

The action-packed trailer, set the tune of White Rabbit, opens with Neo having no memory of his past. However, he has glimpses of the life in the Matrix. As the trailer opens, he crosses paths with some old and some new characters, one of whom is played by Priyanka Chopra. The actor, wearing a huge pair of glasses, appears to be seated in a coffee shop and is waiting for Neo to arrive.

It seems that Priyanka is playing a bookstore owner who is aiding Neo in his journey, with a copy of Alice in Wonderland.

Teasing the action-packed trailer of the films, Priyanka wrote, “They had me at ‘Neo and Trinity are back’! The Matrix trilogy defined my generation of cinema. It was the gold standard… something we all role played and referenced all our lives! So, here I am… a small, excited little fish in the huge cinematic pond that is THE Matrix! Needless to say, I am honoured and thrilled to be a part of this legacy and to have had the experience of working under the tutelage of Lana Wachowski and alongside this incredible, iconic cast. If you’re a fan of the franchise, you’ll know that “Unfortunately, no one can be told what the Matrix is”… so just give in. The Matrix is different things to different people and having got a glimpse of what’s coming, I would love to hear your thoughts!”

Priyanka had filmed for her role last year in Berlin. Although the actor hasn’t revealed details about her part in the film, she wrote in a social media post that she is simply a small fish in a large pond.

The earlier ‘Matrix’ films inspired an entire genre of science fiction so the new film will have to be really extraordinary to top its predecessors and it seems like the trailer is promising that out-of-the-world experience.

There are black cats, fights in dojos, high-speed action sequences, fight scenes in corridors, bullets being stopped in mid-air and Neo must once again follow a woman to learn the truth.

The original Matrix franchise was known for its mind-bending perception of reality that is still a subject of debate for cinephiles and it appears that ‘The Matrix Resurrections’ will be taking that conversation even further. A joint production by Village Roadshow Pictures and Venus Castina Productions, the fourth film of ‘The Matrix’ franchise will be released theatrically and on HBO Max on December 22, as per The Hollywood Reporter.