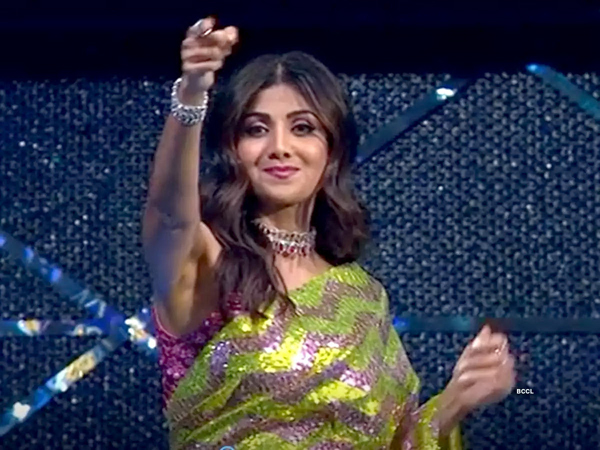 In the latest promo of the dance reality show Super Dancer 4, Shilpa Shetty was seen imitating the iconic ‘Sanju Baba’s walk’ along with Sanjay Dutt who appeared as a guest on the show.

In the video, the host of the show was seen requesting Sanjay Dutt to perform his distinct walk on the stage. The judges of the show – Shilpa Shetty, Anurag Basu and Geeta Kapur joined the ‘Rocky’ actor on-stage.

Shilpa imitated the walk perfectly and looked identical to Sanjay Dutt when she was walking beside him.

On the work front, Sanjay Dutt has multiple exciting and big projects lined up such as ‘Toolsidas Junior’, ‘Shamshera’ and ‘KGF Chapter 2’.

Coming back to the show, for a long time, Shilpa Shetty had been absent from the judge’s seat on the show due to her husband Raj Kundra’s arrest. However, she made a comeback on the show in late August and received a warm welcome from her co-judges.