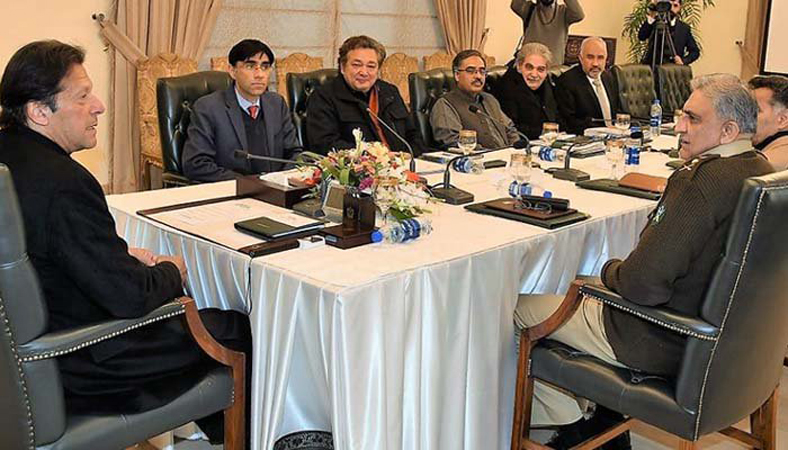 Prime Minister Imran Khan chaired the meeting which also decided that the ministries of interior and information would be the lead bodies of the cell. The meeting was attended by federal ministers for foreign affairs, defence, finance, interior, information, Chief of Army Staff, DG ISI, national security advisor, provincial chief ministers including Gilgit-Baltistan, Azad Jammu and Kashmir PM, federal secretaries, chief secretaries, IGPs and other senior civil and military officials.

The meeting reviewed progress made so far on various components of the National Action Plan. It also took into account the latest developments especially situation in neighbouring Afghanistan and its possible implications for the country.

The committee reviewed short-term, medium and long-term targets of the revised National Action Plan and deliberated upon role and responsibilities of all stakeholders including federation, provinces and law enforcement agencies. It was decided that tangible key performance indicators would be set for each target with delineated timelines.

The meeting decided to fast track implementation of various measures to meet emergent security challenges including cyber security, espionage, judicial and civil reforms. The measures including the capacity building of law enforcement agencies, counter violent extremism and other issues having direct bearing on national security were also decided.

The meeting also reviewed various steps that have been put in place to ensure fool-proof security of the foreigners especially Chinese nationals working on CPEC and non-CPEC projects in the country. The committee also reviewed internal situation especially some recent incidents involving law and order. It was resolved that all measures would be taken to ensure internal security and miscreants would be dealt with full force of the law.

The prime minister stated that the nation had paid a huge price in fighting the menace of terrorism. He paid glowing tributes to the armed forces, police, intelligence agencies and other law enforcement agencies for their invaluable contributions and sacrifices towards ensuring internal security. He emphasized upon the need for enhanced coordination and effective measures to achieve various short, medium and long-term target set under the revised National Action Plan.