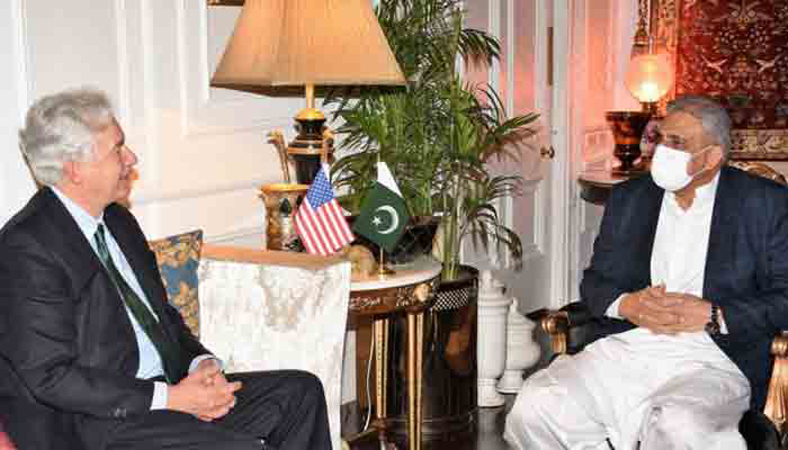 In the statement, the Inter-Services Public Relations (ISPR) said that Inter-Services Intelligence (ISI) Director General Lt Gen Faiz Hameed was also present during the meeting. The meeting focused on Afghanistan situation and regional security after the US withdrawal and the formation of the Taliban government in Kabul. “It was reiterated that Pakistan remains committed to cooperate with its international partners for peace in the region and ensuring a stable and prosperous future for [the] Afghan people,” the ISPR said.

The CIA chief appreciated Pakistan’s role in Afghanistan, including the successful evacuation operation, efforts for regional stability and pledged to play a role for further improvement in diplomatic cooperation with Pakistan at all levels.

Before coming to Pakistan, the US intel chief had visited New Dehli, where he met Indian National Security Advisor (NSA) Ajit Doval.

This is not the first time the CIA chief has visited Pakistan. According to the New York Times, Burns had earlier travelled to Pakistan for meetings with the COAS and ISI chief to explore the possibility of counterterrorism cooperation between the two sides. However, at the time government officials had suggested that he was firmly told that Pakistan would not host the spy agency’s drone bases on its territory. Earlier in August, the army chief said that Pakistan desired to maintain a long-term and multi-domain enduring relationship with the United States. The statement by Gen Bajwa came after US Charge d’Affairs Angela Aggeler called on him at the General Headquarters (GHQ) in Rawalpindi.

Pakistan has urged the world to discard ‘old lenses’ and proceed with a ‘realistic and pragmatic’ approach on Afghanistan in a statement that many observers see as Islamabad’s bid to seek the international community’s support for the interim government of the Afghan Taliban.

The statement of Foreign Minister Shah Mahmood Qureshi came a day after the Taliban announced an interim government that drew criticism from the Western countries for ignoring the demands of an inclusive set-up. Qureshi had attended two key meetings on Afghanistan. First he hosted a virtual meeting of the foreign ministers of Iran, China, Uzbekistan, Turkmenistan and Tajikistan. Later, he was part of another meeting co-hosted by the US secretary of state and the German foreign minister. In both meetings, Qureshi’s message was clear that the world needed to accept the new reality and proceed accordingly. Pakistan’s efforts seeking support for the new government in Afghanistan stems from its fears of a possible economic meltdown and humanitarian crisis if the world abandons the neighbouring country. Speaking at the meeting hosted by the US and Germany, Qureshi had even called for unfreezing the foreign reserves of Afghanistan that were withheld by the US after the fall of Kabul.