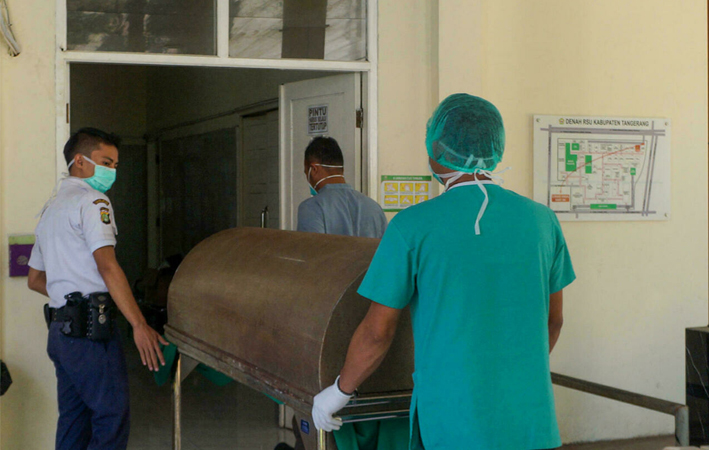 The death toll from a massive fire that raged through a prison in Indonesia’s Banten province on Thursday has risen to 44, an official said. Rika Aprianti, the spokeswoman for the corrections department at the Ministry of Law and Human Rights, said three more people died during treatment due to severe burns. “Three people died today, so the total death toll is 44,” Aprianti told Anadolu Agency on Thursday, adding that five others are still in the hospital. The fire broke out in Block 2C of Tangerang Prison, which was occupied by 122 drug offenders, at around 1:45 a.m. local time (18:45 GMT). Police are still investigating the cause of the fire, but Minister of Law and Human Rights YasonnaLaoly told reporters that it was allegedly caused by a short circuit. According to Laoly, the prison near the capital Jakarta was built in 1972, and there has been no electrical installation repair since then. The detention rooms were locked when the fire broke out, causing 40 people to die on the site. The prison is said to be overcrowded, holding more than 2,000 people despite having a capacity of 600 only.