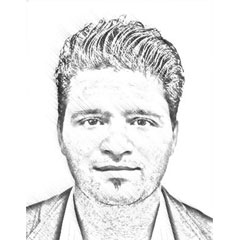 Chinese officials are in successful talks with the Taliban government in Afghanistan to establish their hold in the region in which Pakistan is playing the role of a bridge. China wants to expand its development network in Afghanistan. However, it cannot achieve this target without the assistance of Pakistan. Projects in the domains of infrastructural development, health, capacity-building and science and technology are presently under consideration. There is news that the new Afghan Taliban police force will be trained at Pakistani police training colleges but Hangu and RTW Kohat facilities only seem to be the viable solution due to language barrier. Taliban sources say they also intend to grant visa-free entry to citizens of their brotherly country, Pakistan, as well as friendly countries like China, Qatar, Turkey, Iran and Russia. This will enhance cooperation and lead to rapid development in Afghanistan.

The Taliban’s policies have undergone a strategic shift from fighting to development.

The Taliban are also considering abolishing nationalities of Afghans who are seeking political asylum in the US, Canada, the UK and European countries. Their stance is that if a person cannot be patriotic to his homeland, he has no right to enter Afghanistan. Taliban sources say that Afghans who leave Afghanistan will not be allowed to return to the country even if they do not work against Afghanistan after receiving training from foreign countries. Consultations in this regard are taking place with relevant quarters. The Taliban want to make progress in Afghanistan through their Chinese friends and have ignored the Indians. It is also learned that educated people, or those with basic engineering skills, will be given flying training by clubs in neighbouring countries. Retired PAF employees have also been offered jobs in Afghanistan and Pakistan is ready to facilitate the transfer of technology. Now, it is envisioned that if the Taliban pursue policies like that in Malaysia, Dubai, Qatar and Saudi Arabia, Afghanistan would start treading on the development path. It might even become a part of China’s OBOR. Having said that, we must consider that after the collapse of the Afghan security forces, the regional actors will engage the Taliban; shifting from proxy support to open political relations with the group which is in the offing. These interactions will be transactional exchanges, as states like Iran and Pakistan will secure their borders and security interests. Countries such as Russia, China, and Afghanistan’s Central Asian neighbours will advance their economic interests and try to limit the refugee flow. The Taliban’s policies have undergone a strategic shift from fighting to development, but the world must consider the upcoming humanitarian crisis. Chinese officials mostly use Xinjiang Muslims to negotiate with the Taliban because China knows that the Afghan Taliban are annoyed with China over the way it has dealt with the Uyghur Muslims in Xinjiang. The Chinese are trying to convince the Taliban that all reports of persecution of Uyghur Muslims are false. If China and Russia continue to cooperate with the Afghan Taliban, they will be able to establish their footprint in Afghanistan rather, in the whole region. Taliban spokesman, Zabihullah Mujahid, recently told an Italian newspaper that the group will rely primarily on financing from China following its takeover of the country amid fears of an economic collapse and widespread hunger. Following the chaotic departure of foreign troops from Kabul airport in recent weeks, Western states have severely restricted their aid payments to Afghanistan, providing an excellent opportunity to China.

“China is our most important partner and represents a fundamental and extraordinary opportunity for us, because it is ready to invest and rebuild our country,” the Taliban spokesperson was quoted in an interview. He said the New Silk Road-an infrastructure initiative with which China wants to increase its global influence by opening up trade routes-was held in high regard by the Taliban. There are “rich copper mines in the country which can be put back into operation and modernised.” In the present scenario, Afghanistan desperately needs money, and the Taliban is unlikely to get swift access to assets to the tune of $10 billion assets here, mostly held abroad by the Afghan central bank. Blocking Afghan funds held abroad can aggravate a looming “humanitarian catastrophe” in Afghanistan, which is indeed a wake-up call for the US and other Western countries.

The writer is a senior journalist. He can be reached at pmpk55@hotmail.com and tweets @SyedfawadAli303.