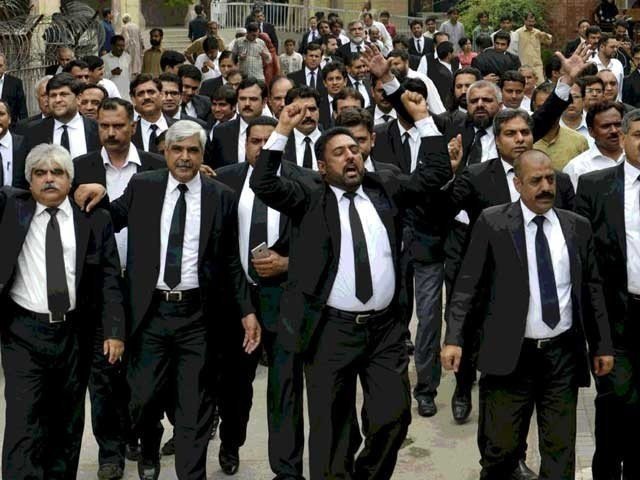 On Thursday lawyers boycotted the courts to protest against the promotion of Justice Ayesha Malik to the Supreme Court.  They demanded that judges should be appointed in SC on the basis of seniority under the traditional procedure. The Supreme Court (SC) lawyers too boycotted the court proceedings in protest against the ‘likely promotion’ of Lahore High Court (LHC) Judge Justice Ayesha Malik to the post of SC judge.

A heavy contingent of police was also deployed on the occasion and the parking lot of the court was also closed due to security concerns as the lawyers gathered at the SC to protest, they shouted slogans to register their protest against the likely appointment of Justice Ayesha as SC judge. Police also barred the entry of people through the court’s main gate. The Sindh High Court Bar Association (SHCBA) commented on the expected appointment of Justice Ayesha and said appointing ‘favorites’ as apex court judges was against the rules as well as the constitution.

SHCBA President admitted that Justice Ayesha was a competent judge and elevating a judge, who is fourth on the seniority list, to the SC judge is against the spirit of court verdicts. According to the details,  CJP Gulzar Ahmed had summoned a meeting of the JCP today to consider Justice Ayesha Malik, who is number four on the LHC judge seniority list, for her appointment as a Supreme Court judge. The Supreme Court lawyers have refused to appear before the Chief Justice of Pakistan (CJP) Justice Gulzar Ahmed to voice their protest. While the lawyers’ convention will be held today in Islamabad as scheduled.